The Cambodian coup of 1970 (Khmer: រដ្ឋប្រហារឆ្នាំ ១៩៧០) refers to the removal of the Cambodian Head of State, Prince Norodom Sihanouk, after a vote in the National Assembly on 18 March 1970. Emergency powers were subsequently invoked by the Prime Minister Lon Nol, who became effective head of state, and led ultimately to the proclamation of the Khmer Republic later that year. It is generally seen as a turning point in the Cambodian Civil War. No longer a monarchy, Cambodia was semi-officially called “État du Cambodge” (State of Cambodia) in the intervening six months after the coup, until the republic was proclaimed.

It also marked the point at which Cambodia became substantially involved in the Vietnam War, as Lon Nol issued an ultimatum to North Vietnameseforces to leave Cambodia.

In March 1970, while King Sihanouk was touring Europe, the Soviet Union and China, large-scale anti-Vietnamese demonstrations erupted in Phnom Penh. Crowds attacked the North Vietnamese and Viet Cong embassies. Sihanouk initially gave a certain degree of support to the demonstrators; he hoped Moscow and Beijing would pressure North Vietnam to reduce its presence in Cambodia. Indeed, it has even been suggested (by William Shawcross and others) that Sihanouk and Lon Nol may have planned the first demonstrations to gain political leverage against Hanoi.

The riots, however, escalated beyond the government’s control – although this was likely done with a degree of encouragement from Lon Nol and Sirik Matak – and the embassy was sacked. Inside, a “contingency plan” was allegedly found for the communists to occupy Cambodia. On 12 March, Sirik Matak cancelled Sihanouk’s trade agreement with North Vietnam; Lon Nol closed the port of Sihanoukville to the North Vietnamese and issued an impossible ultimatum to them: all PAVN and Viet Cong forces were to withdraw from Cambodian soil within 72 hours (on 15 March) or face military action. When, by the morning of 16 March, it was clear that this demand had not been met, some 30,000 youths gathered outside the National Assembly in Phnom Penh to protest against the Vietnamese presence.

From this point, events were to move with increasing rapidity. On the same day, the Cambodian Secretary of State for Defence, Colonel Oum Mannorine (Sihanouk’s brother-in-law), was scheduled to be questioned by the national legislature on allegations of corruption; the proceedings were adjourned to hear the demonstrators’ resolutions. According to Sihanouk, Mannorine had received information that Lon Nol and Sirik Matak were about to precipitate a coup; a group of Mannorine’s men, under the command of Phnom Penh’s Chief of Police Major Buor Horl, attempted to arrest the plotters, but it was by then too late. Mannorine, and other key security personnel loyal to Sihanouk, were placed under arrest. After the Assembly adjourned for the day, Sihanouk’s mother Queen Kossamak, at Sihanouk’s request, summoned Lon Nol and Sirik Matak to the Royal Palace and asked them to end the demonstrations.

It appears to have been sometime during 16 or 17 March that Sirik Matak finally swayed Lon Nol to remove Sihanouk from the government. Lon Nol, who until that point may have been merely hoping that Sihanouk would end his relations with North Vietnam, showed some reluctance to take action against the Head of State: to convince him, Sirik Matak allegedly played him a tape-recorded press conference from Paris, in which Sihanouk threatened to execute them both on his return to Phnom Penh. However, the Prime Minister remained uncertain, with the result that Sirik Matak, accompanied by three army officers, finally compelled a weeping Lon Nol to sign the necessary documents at gunpoint.

The next day – 18 March – the army took up positions around the capital, and a debate was held within the National Assembly under In Tam’s direction. One member of the Assembly (Kim Phon, later to be killed by pro-Sihanouk demonstrators in Kampong Cham) walked out of the proceedings in protest, though was not harmed at the time. The rest of the assembly voted unanimously to invoke Article 122 of the Cambodian constitution, which withdrew confidence in Sihanouk. Lon Nol took over the powers of the Head of State on an emergency basis, while the position itself was taken by the President of the General Assembly, Cheng Heng. In Tam was confirmed as President of the Sangkum. The coup had, therefore, followed essentially constitutional forms rather than being a blatant military takeover. These events marked the foundation of the Khmer Republic.

Queen Kossamak was forced to leave the royal palace by the new government and held in house arrest in a villa in the suburb before being allowed to join her son in Beijing in China for health reasons in 1973 and died there two years later.

Following the coup, North Vietnam forces invaded Cambodia in 1970 at the request of Khmer Rouge leader Nuon Chea. Thousands of Vietnamese were killed by Lon Nol’s anti-communist forces and their bodies dumped in the Mekong River. Attacks against Vietnamese began after a demand by Lon Nol that all Vietnamese communists leave Cambodia. Phnom Penh’s North Vietnamese embassy was ravaged by Cambodians. Of the approximately 450,000 Vietnamese in Cambodia, 100,000 left the country and another 200,000 were forcibly repatriated to South Vietnam, reducing the estimated population of ethnic Vietnamese to 140,000 just five months after the coup.

These events marked the start of the Cambodian Civil War pitting Lon Nol’s regime backed by US air power against the Khmer Rouge and North Vietnam. Lon Nol fled Cambodia in 1975 right before the Khmer Rouge’s seizure of power. 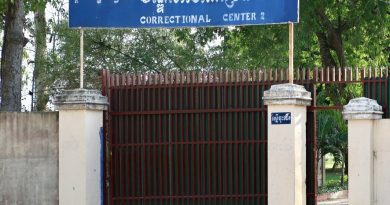 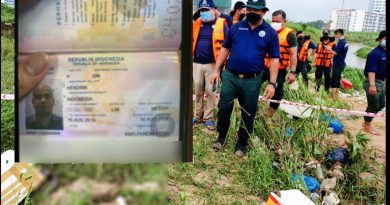 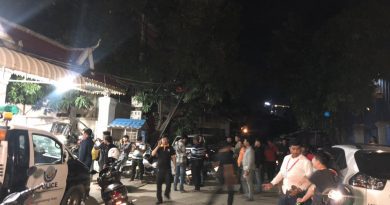