The Bangladeshi team achieved a brilliant feat as they beat higher-ranked Cambodia in their own den Saturday in their Fifa international friendly.

Teen-ager Rabiul Hasan scored the only goal in the 84th minute of the match at Phnom Penh Olympic Stadium in Phnom Penh, Cambodia to secure the win for the visitor.

This was a fascinating win in many aspects.

Bangladesh are currently in 192th position according to the latest Fifa ranking, and they beat 172th-ranked Cambodia.

The men in red and green won an international game after five months as they last won back in October 1, 2018 at Sylhet District Stadium against Laos 1-0 in the Bangabandhu Gold Cup.

Yesterday’s win was the first win away from home for the men in red green in almost four years as they last won back in December 28, 2015, when they beat Bhutan 3-0 at Trivandrum International Stadium, Kariavattom, India in their Saff Championship match.

And it was a win for Bangladesh in the opponent’s ground after six years as they achieved the feat back on March 4, 2013, when they beat Nepal 2-0 at Dasrath Rangosal Stadium in Kathmandu.

Bangladesh were dominant from the beginning in Phnom Penh and they could have easily increased the margin had they not squandered a few opportunities.

Masuk Mia Jony got a golden opportunity in the 12th minute but his shot went wide off the goal post.

In-form Nabib Newaj Jibon, who has scored six goals in the ongoing league for Abahani Limited this year, entered into the opponent’s box but his effort struck a defender.

The 28-year old striker took another shot in the last minute of the first half only to see his shot go wide.

Bangladesh captain Jamal Bhuiyan took a powerful shot in the 54th minute after receiving a pass from Matin Mia but the Cambodian goalkeeper denied him by diving to the left.

The visiting side maintained the pressure on the host but the tactical masterclass of their English coach Jamie Day, who made three substitutions, proved pivotal as two of his substitutes did the trick.

In the 83rd minute, Mahbubur Rahman Sufil made a brilliant run through the left side.

After receiving the ball he dodged past a defender with sheer speed and entered into the penalty box to provide a minus.

Rabiul was there and took his shot between a defender and goalkeeper before the ball deflected off the keeper and struck the back of the net.

That made a handful of Bangladeshi crowd ecstatic as they waved the red and green flag with pride and joy.

Goalscorer Rabiul also acknowledged them along with the team following the game as he was ecstatic after scoring his first international goal.

He dedicated his strike to his countrymen.

“It is my first goal in my international career, which is also an away goal. I cannot express my feeling in words. Thanks to Almighty Allah for allowing me to represent my country at this age. I got this goal with the prayers of all. I dedicate this goal to my countrymen,” said the 19-year old, who plays for Arambagh Krira Sangha.

The win also kept Bangladesh’s unbeaten record against Cambodia as they won twice and drew once in their previous three encounters against the East Asian side. 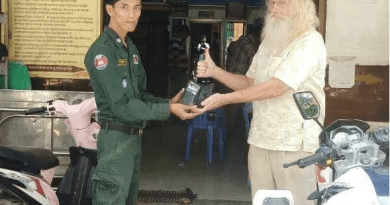 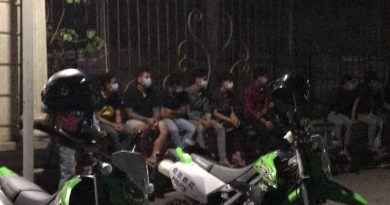 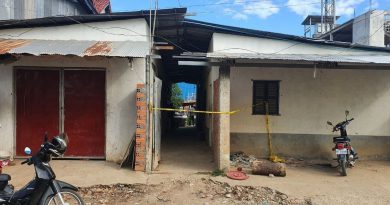