Koh Kong: at about 6 am on 04 March 2019, a Chinese man lying dead in the woods in Pak Khlong, Mondul Seima District.

According to the police report, the victim was murdered after being beaten with a blunt object.

A team of police specialists are conducting further research into the case. https://postnews.com.kh/local/418652

Police believe that the man was murdered somewhere else and dumped in the location. He had been dead for at least 24 hours before being found.

His body is being kept in Stung Meanchey pagoda, Phnom Penh. 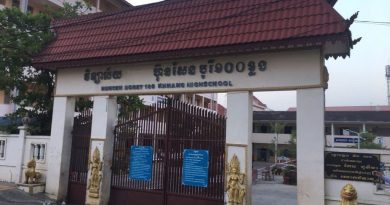 One thought on “Chinese Man Murdered in Koh Kong”