Deported five years ago, Veasna Meth has had to watch his family grow – and grow up – in Sacramento from nearly 8,000 miles away.

But he never lost hope.

“I knew one day I would be able to get back,” he said Thursday at San Francisco International Airport upon his return from Cambodia after he was deported in 2014.

Meth, who moved with his family to the United States when he was less than a year old and grew up in Sacramento, was deported after having served time for a residential burglary he committed when he was 19.

He had never been to Cambodia, and was not fluent in the native Khmer – his family members, like thousands of others, were refugees who fled the violent Khmer Rouge regime. Meth was born in a refugee camp in the Philippines.

“He’s always considered Sacramento his home,” said one of his lawyers, Melanie Kim of the Asian Law Caucus.

Meth grew up in south Sacramento, and he’s a die-hard Sacramento Kings fan, he said, with several tattoos referencing the team name.

“I can’t explain the kind of resilience and hope it must take to have come this far and be returning,” Kim said.

Meth’s lawyers believe he is the second Cambodian deportee to return to the Unites States. The first is Phorn Tem, another Sacramento native, who came home in November 2018 after being deported six months earlier.

The family has stayed close with frequent video calls and annual visits made by Meth’s wife, Sandy Ho, and their children to Cambodia that were always too short. “It was really hard to say goodbye. That was always the hardest part,” Ho said. “Sitting in the airport just like, ‘Can’t I just go back?’”

Meth’s son, now 12, is almost a teenager. His daughter, born a year and a half ago, sometimes picks up the phone to ring “Papa,” Ho said. Ho has been the family’s breadwinner.

“My son didn’t grow up with a father,” Meth said. “My daughter, she’s still a baby.”

“For me to get deported to a country I wasn’t born in, it’s crazy,” Meth said. “Growing up, all I thought I was, was a citizen. … Nobody ever taught me, ‘Hey if you commit a crime you’re going to get deported’ (until) it was too late.”

In 2008, when he was 19, Meth and a few friends decided to go through an open window of a house, Kim said. Meth later pleaded guilty to residential burglary and served a year-long sentence, she said.

When he was released the next year, Immigration and Customs Enforcement officials picked Meth up, but an immigration judge ruled that residential burglary was not a deportable offense and he was released. The U.S. Department of Homeland Security, however, filed for an appeal of the decision with the Board of Immigration Appeals that was approved.

The new immigration judge determined Meth should be deported and issued the removal order in 2013. He was deported the next year.

Life abroad as a deportee quickly became grueling: Within months of arriving in Phnom Penh, Cambodia’s capital, Meth got into a major motorbike accident. It left him paralyzed for several months, and he struggled to find a job because his disability made lifting heavy objects difficult, he said.

He began occupying his time with a T-shirt brand, donating much of his profits to Tiny Toones, a Cambodian charity run by another deportee from Los Angeles that uses hip-hop and break-dancing to educate youths.

“You have to be productive to keep your mind off the deportation,” he said. “I had a feeling one day, it could be 10, 20 years from today, that one day I would be back.”

“You never know when a day comes like today,” Ho added.

Kevin Lo, another lawyer for Meth with the Asian Law Caucus, first met him in November 2016 while helping run a legal clinic as part of a larger task force delegation convened by Cambodia’s prime minister on the Cambodian-American deportee population.

Meth is one of 700 Cambodian refugees who have been deported from the United States to Cambodia since 2002, advocates report, when the two countries signed a repatriation agreement. After the pact,Lo said that Cambodia still largely “dragged its feet” when it came to issuing travel documents to individuals with removal orders, delaying deportation efforts.

Then the Trump administration began visa sanctions on Cambodia, along with three other countries, in September 2017 to force them to accept deportees. Immigration and Customs Enforcement officials have begun making aggressive raids to round up individuals with sometimes years-old convictions and removal orders, Lo said.

“The U.S. government told (a local refugee assistance organization) to prepare for 200 people a year for the foreseeable future,” Lo said, with a raid planned every few months. ICE will execute another raid in mid-March, Lo said.

About 1,900 Cambodians currently live in the United States with deportation orders.

Kim said these refugees often have similar stories – their families struggled financially after moving to the United States, and the children felt culturally isolated from their American peers.

“A lot of them got caught up in gang relationships” or strayed toward crime, Lo said. “For people who didn’t have much, the temptation to take from other people was higher.”

“We don’t believe in defining someone by one action they committed in their late teens, and part of it is, they fully served their sentences,” Lo said. “Everyone who commits residential burglary does their sentence and is released; the only difference is they’re not citizens.”

Like Meth, Tem said that growing up in the United States as a long-term permanent resident, he did not consider himself a non-citizen. “I thought I was normal,” Tem said. “All that rhetoric about, ‘We’re going’s to deport immigrants’ … I never thought I was an immigrant.”

And even if they may have committed a crime years ago, more than half the Cambodian deportees or those in process of being deported whom the Asian Law Caucus consults with have an invalid deportation order, Lo said.

“There is due process – doing things by the books,” he said. “That’s certainly not what’s happening here.”

In April of last year, the U.S. Supreme Court ruled in Sessions v. Dimaya that the definition of “crime of violence” as used to define an aggravated felony – which is grounds for deportation – was unconstitutionally vague. With the decision, the California conviction of residential burglary is no longer a removable offense, and within 30 days, Lo and Kim challenged Meth’s old removal order.

The experience of reintegration for Tem, the first deported Cambodian refugee to return, provides glimpses of what Meth may face.

“I still sometimes wake up thinking I’m still in Cambodia,” Tem said. “I wonder what I’m doing here, what just happened, was it a nightmare?”

Tem lived three blocks away from Meth growing up. Meth went to school with Tem’s little sister. They call each other “cousin” because they’ve known each other for so long, and when he learned about Meth’s accident, Tem and some friends raised money for his surgery.

When Tem was deported to Cambodia last year, Meth was the first familiar face he saw, picking him up from the local advocacy nonprofit.

“I’m glad he came back; he went through a lot,” Tem said repeatedly. “He deserves to come back.”

After flying in to San Francisco, Meth was greeted by his wife, Lo and Kim. Five years of life in Cambodia fit in a single suitcase. Meth arrived wearing a shirt that bore the photo of Sophorn San, a fellow Cambodian deportee, with angel wings.

San died in a motorcycle accident earlier this month after having been deported in December. “This is common for folks,” Kim said, with many deportees unused to the aggressive traffic and unable to afford cars.

Meth knows how close he was to a similar fate. In Cambodia, residents “look down on us,” Meth said. “Like we’re foreigners.”

“Over five years, friends turn to family,” he said. “When I was in my accident, if I was without friends that were good people, I would’ve been left for dead.” 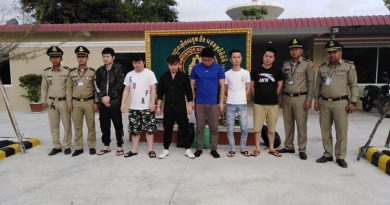 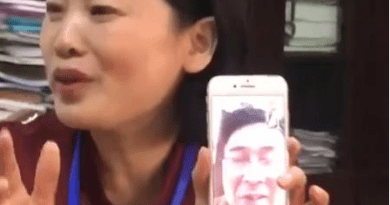 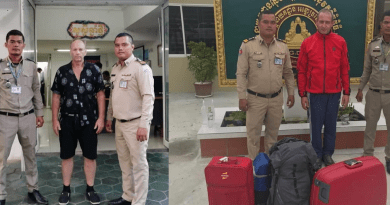