Siem Reap: A bus crashed at 8:30 am on February 23, 2019, between km 277-278 on National Road No. 6, in Chikhou Village, Kien Sangke Commune, Sotnikum District, Siem Reap Province. A motorcyclist on a Honda Dream was seriously injured.

After the incident, the bus driver escaped, leaving the bus at the scene.

Police in Sotnikum district confirmed that the accident was caused when the motorcycle turned left into the GRANBIRD bus belonging to Capitol company (?), Battambang 3A 2343 license plate.

Police came to the scene and sent the victim to Sotin Nikom district hospital. The bus and motorbike are being kept at the Sotinom district police station to wait for legal settlement. Rasmei News 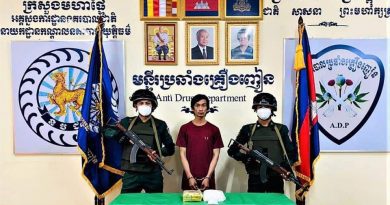 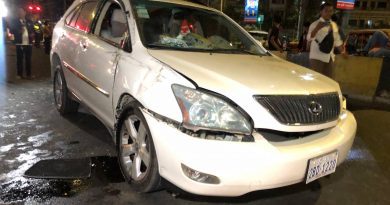 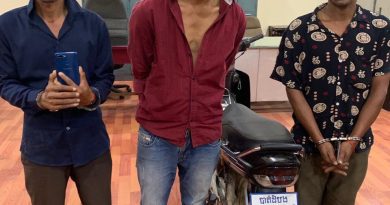 One thought on “Bus Crash in Siem Reap”