“Golden bones” is the term native Cambodians use to describe one who is blessed.

Losing 15 family members, fleeing home and having to start a new life in a foreign country may not sound like a blessing.

To former United States Ambassador to the United Nations Sichan Siv, it is.

“We are all blessed to live in America,” Siv said.

Siv was born in Cambodia, but claims America as his home. When the Vietnam War threatened Cambodia, Siv said his mother gave him a bag of rice and told him to run.

On Thursday, Feb. 7, Siv appeared in the Escondido Theatre at Tech to tell his story.

Siv was invited to Tech by Aliza Wong, associate dean of the Honors College.

“It is to raise awareness,” Wong said about the purpose of the event. “It is to educate, it is to commute education and continue learning about genocide.”

Genocide is defined as the deliberate and systematic extermination of a national, racial, political or cultural group.

In January, Tech brought acclaimed singer Ute Lemper to sign “Songs for Eternity”, commemorating holocaust victims. Tonight, Siv was brought to tell his personal story of life from a Cambodian refugee to a U.S. ambassador.

“Our QEP that we are currently working on is Communicating in a Global Society,” Wong said.

The Quality Enhancement Plan Tech is working on is how to integrate undergrads into the idea of communicating in a global society, Wong said. This semester has involved bringing in multiple guests to tell their stories to bring awareness to the campus.

Wong is a personal friend of Siv, she said, and invited him to speak at Tech as part of the program.

“He just wants to be involved,” Wong said. “He is dedicated to giving back.”

Wong opened at the event, giving an introduction for Siv.

“There are very few people I have met who have been like Ambassador Siv,” Wong said.

While Siv has many accomplishments, including multiple degrees and extended service to his country, she said she wanted the audience to know him more as a man than as a résumé.

Siv began his talk by explaining the situation in Cambodia surrounding his escape, including the loss of his family and his mother telling him to run. Although Siv could not give exact details about his life, for confidential reasons, he said while escaping Cambodia, he spent time in a forced labor camp.

“Every night I went to sleep I didn’t know if I would wake up,” Siv said. “And the next morning I would wake up and say, ‘I will make it to freedom.’”

After escaping the forced labor camp, Siv said he went to a refugee camp in Thailand, where he taught his fellow refugees English. He wanted them to start building the bridge to their future, he said, and give them something to do.

“I arrived in America exhausted but full of hope,” he said.

Once in America, Siv said he wanted to adopt it as his home. He worked in fast food in Connecticut and as a taxi driver in New York. Thirteen years after arriving in America, he was serving in the White House.

“I was sitting there watching history being made,” Siv said.

He learned his work ethic from President George W. Bush when he told him “any definition of a successful life includes service to others.”

As Siv related his life from a refugee to the first U.S. ambassador to the UN, the audience had all eyes on him. Faces were peaceful and happy, moved with the warmth of his words for America being a compassionate society that he has dedicated his life to.

Ron Milam, executive director of the Institute for Peace & Conflict, is a personal friend of Siv.

“He is one of those rare people that picked himself up by the bootstraps and made all the difference,” Milam said.

Siv wanted to remind everyone in attendance during a Q&A session of what he sees to be the root of America.

“We are a nation of refugees and immigrants,” Siv said.

He felt “blessed” to be at this event, he said.

“It is important to value what we have,” Siv said. “Not to take anything for granted.”

In his eyes, Siv has golden bones. No matter the suffering he endured, he said he feels blessed to be in America now. 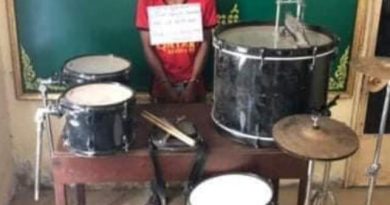 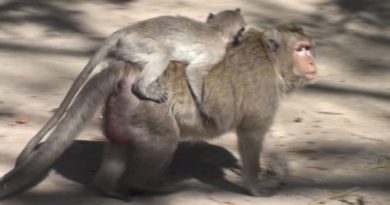 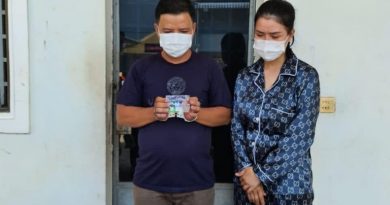