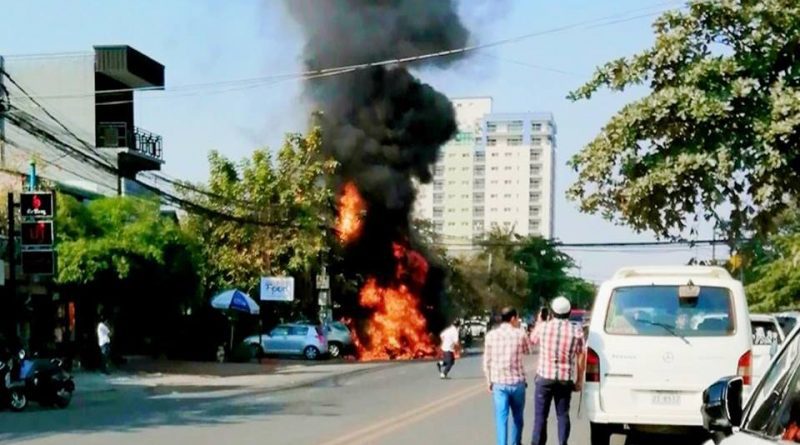 Phnom Penh: A terrible traffic accident led to a man’s death and a car turned into a fireball.

Initial reports suggest a motorcycle transporting gasoline, or another flammable liquid was involved in a collision with a Lexus RX330. The motorcyclist was killed and flames spread to the car and surrounding area.

Neither parties involved have yet been identified. https://kbn.news/archives/114938

UPDATE: Some more rather graphic pictures from the scene 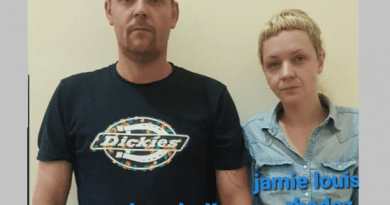 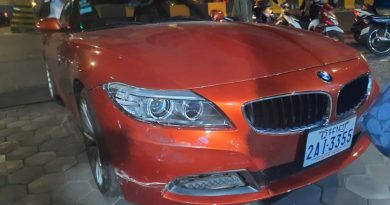