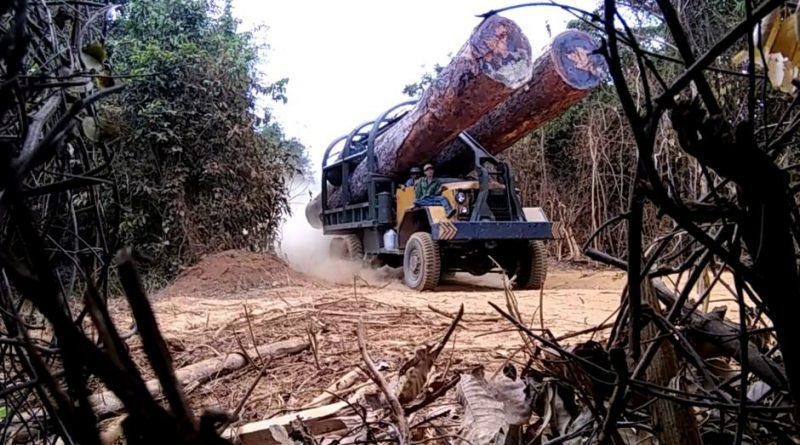 The roar of the tiger has been replaced by the growl of the chain saw in Northeastern Cambodia’s Virachey National Park, along with the honking of great hornbills, which has been supplanted by the chirping of crickets. Once-majestic stands of old-growth forest are now vast fields of bamboo, which is actually just grass. This is what empty forest syndrome looks like.

We set camera traps in some of the most remote, most inaccessible corners of the park, near the Lao border—confirming my fears that the dreaded syndrome is slowly but surely migrating across the Vietnamese and Laos borders into this beautiful but long-embattled national park. Just two years ago we were “trapping” gaur (the world’s largest wild bovine) in families, clouded leopards, golden cats, and marbled cats put in regular appearances, and we even found elephants, otters, and dholes, an Asian wild dog. Things have changed.

Our most commonly “trapped” species are now bamboo rats, field mice, brush-tailed porcupines and ground-dwelling birds. I was so despondent about the results that my heart soared when we discovered that we had a single clouded leopard. We also got a dhole. One. And that’s about all I can say for the positive aspects of our recent survey.

How did this happen? Vietnam occupied Cambodia from 1979-1989, and part of the payback for liberating the kingdom from the Khmer Rouge was to ransack the country’s natural resources, and in the case of what is now Virachey National Park, which actually borders Vietnam, this has meant large-scale extraction of valuable timber and rattan. Roads had to be cut to get at these products, and those roads are in use today as deep motorbike ruts which make for very dangerous driving with heavy loads of timber (whatever valuable species still exist today).

Loggers scour every inch of the park looking for valuable timber, almost all of which is illegally exported to Vietnam. But loggers don’t just log; they hunt opportunistically as well. One moto driver, his bike practically tipping over from his heavy load of cut logs, tried to quickly hide a pygmy slow loris that he had killed. I assured him that I wouldn’t take a photo and he relaxed, showing me how its jaw was smashed and how he splayed it to dry for later use as a kind of “magic.”

This was in a community forest camp just on the edge of the national park, and just meters beyond the dead pygmy slow loris were about 45 great hornbill feathers stuck in the side of a hill, all plucked from the gorgeous bird that had been blown out of the sky by an air gun most likely for fun or out of boredom. I couldn’t help feeling that the idea of indigenous people being stewards of tropical forests is a nothing more than romantic thinking by anthropologists, a ridiculous myth.

This camp, with its slightly elevated position on a hillside and with its minority “guards/loggers,” and hornbill feathers bizarrely inserted into the ground, looked like it could have been Colonel Kurtz’s hideout in Apocalypse Now. We later found the beautiful feathers of a Burmese peacock pheasant. Protectors of the forest. Yeah right.

There remains a core area of the park centered around the sublime Veal Thom Grasslands which is probably the best hope for Virachey’s wildlife. Whether this is due to the presence of ecotourists or the particularly steep topography in that region is unclear. Some of the guides and porters whom we have worked with over the last decade have now built nice homes and can send their kids to school.

This area gives me some hope, but my hope may be misplaced. As Rachel Love Nuwer explains in her excellent new book Poached: “Thousands of such hunters operate across Southeast Asia. Employing them as forest protectors or guides may sound like a promising solution, but there is simply isn’t enough work to go around. As she pointed out in her book, “It is one thing to employ 20 hunters…and quite another to bring employment to several thousand people who reside in or near an ecologically sensitive area.” And research shows that some poachers, she added, won’t give up hunting at all, even when their subsistence is assured through other means.”

There can be no doubt that the cooperation of indigenous people who live in or near Southeast Asia’s last forests is needed, but I fear many would prefer to have it both ways: cooperate and poach; be an ecotourism guide/amateur naturalist and also a professional hunter. Nevertheless we can never give up. Luck can play a role, economies can crash, mountains can be too steep for roads, and predators such as the enigmatic clouded leopard could still trigger our camera traps for years to come. And when we finally got through all that dreaded bamboo and reached the border mountains, we found what remains of the mysterious old growth forest that once blanketed Northeastern Cambodia. https://www.asiasentinel.com/society/empty-forest-syndrome-cambodia-virachey-national-park/

Gregory McCann is the Project Coordinator for Habitat ID and the author of the book Called Away by a Mountain Spirit: Journeys to the Green Corridor. All camera trap checks are fully self-funded and if you’d like to help out you can do so here. 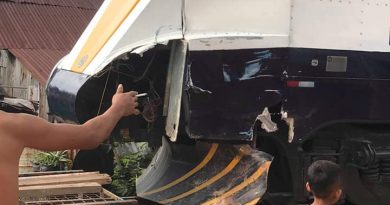 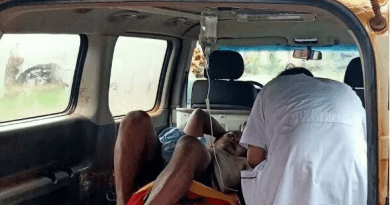 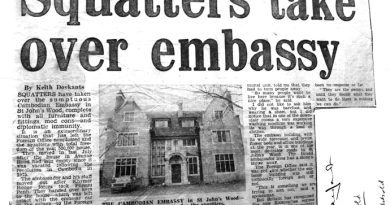