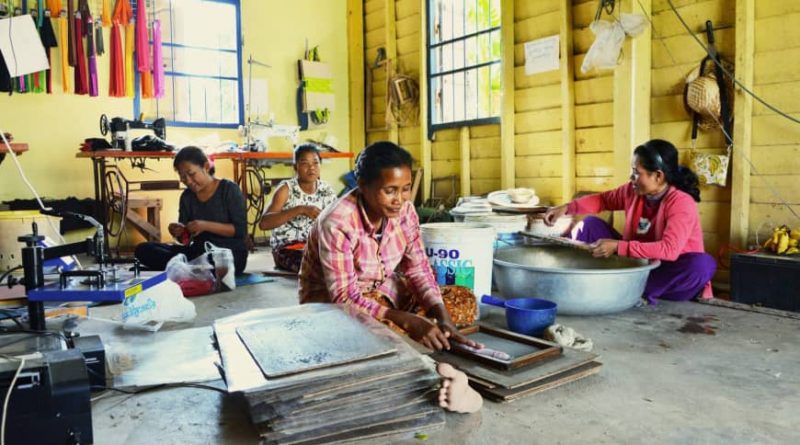 In Anlong Pi, a village on the outskirts of famous tourist destination Siem Reap in northwestern Cambodia, a group of women gather each day to peel bark from 3-meter-long sections of banana tree trunks. The bark pulp taken during the process, akin to peeling onions, is steamed to recover fibers and then is chopped up and dried in the sun.

This is Kumae, a workshop where Japan-born Takuya Yamase, 25, offers impoverished Cambodians a chance to make a living by converting banana trees into paper and handmade crafts. To locals, Kumae serves as the sole alternative to eking out a living scavenging in a garbage dump.

In 2012, Yamase volunteered with a group of about 10 young Japanese in a Cambodian village to run a project aimed at distributing recycled clothes and stationery.

Although Siem Reap province mainly lures visitors for its temples, tuk-tuk tours and Khmer cuisine, for Yamase, the 2012 trip became a life-changing event that lured him back and prompted him to seek ways to improve the lives of Cambodia’s poor.

And through encounters with Cambodians making only $20 or less a month from scavenging in garbage dumps, Yamase realized that he wanted to do something for them.

“I felt as if I were actually witnessing all those phenomena I had learned about in school during world history classes, and it shocked me,” Yamase said in an interview with The Japan Times during a brief recent return to Japan.

It was also in 2012 when Yamase, 19 years old at the time and concerned about social issues both inside and outside Japan, started questioning his future career opportunities and whether Japan would let him follow his own path to proactively address societal challenges.

In Japan, many people his age climb the stairs to adulthood inch by inch, pursuing a college degree as a first step onto the path of stability. But Yamase knew that Japan’s corporate culture often requires young people to follow established patterns and rules rather than allowing them to forge their own independent path. So he dropped out of college and decided to move to Cambodia to act on his idea of helping the people living off scavenging to find a better way of life.

Yamase spent a year traveling back and forth to Cambodia, and volunteered for projects along with a Japanese nonprofit group that was building a school for children who couldn’t afford education.

According to the World Bank, the poverty rate in Cambodia dropped from 47.8 percent in 2007 to 13.5 percent in 2014, but poverty remains prevalent in the countryside — where about 90 percent of poor people live.

In 2013, he launched Kumae, an organization aimed at improving the standard of life in Anlong Pi, a little over 20 km from Siem Reap.

With two friends, Yamase started offering tours around Siem Reap as one way of providing jobs for locals as city guides.

Yamase would often visit a nearby garbage dump where he encountered young Anlong Pi villagers scavenging for recyclable waste.

One of the problems the village of Anlong Pi faced was waste management, as garbage was being delivered to it from Siem Reap, whose population exceeds 1 million.

The problem of piles of waste in the area was also highlighted in the World Bank Group’s Cambodia urbanization projects report compiled in August.

But Yamase pointed out that although the issue of scavengers draws international attention, they don’t get the help they need and hence they remain on the fringes of society.

“In the village, young people have no future prospects and to many, in fact, scavenging in rubbish dumps appears to be the highest paying job,” he said.

“These people needed a stable source of income,” Yamase said, adding that many of the poor he had surveyed said they chose to work at dump sites so they could stay close to their families.

Yamase, who has learned the Khmer language mainly by communicating with locals, accompanied the scavengers as they worked, listening to their life stories.

“After a month I was told not to come anymore,” he recalled. “Many people, including journalists, visit those places just to take photos, often forcing the people to look destitute to highlight the poverty, but then they just leave” without offering any solutions. This arrogance causes the villagers pain, he said.

Yamase knew their resentment and despair resulted from insufficient measures to deal with the region’s economic situation and lack of hope for a better future.

To give them a different way to earn money, he came up with the idea of asking villagers to make and sell handmade straw bags and misangafriendship bracelets from knitted embroidery floss, but that business failed, Yamase said.

Then he learned about a group supporting impoverished people in Africa by engaging them in the production of paper from banana trees, so he decided to launch a similar project in Anlong Pi.

Yamase bought a parcel of land and built a workshop to process banana tree trunks into paper, and using the product, create craft works such as fancy pouches and stationery items to sell as souvenirs to tourists.

Currently about 10 women aged 19 to 37 process as many as 20 banana tree trunks a day and turn them into banana paper crafts. Each earns the equivalent of about $75 to $105 a month. Five other Cambodians sell the crafts at stores in Siem Reap.

Since its opening, the banana paper workshop has served not only as an employment opportunity but also as a safe haven for vulnerable youth.

Kumae’s youngest worker, a 19-year-old woman, was rescued from sex-trafficking. Before coming to Kumae nearly two years ago, she had been promised a lucrative job at a mango farm and was sold to the owners by her family to pay off their debts. But the farm turned out to be a front for trafficking.

Not much of a talker and modest about his achievements, Yamase says with contentment that the women to whom he offered help are happy and grateful that they could leave the rubbish dump.

“I think of them as my family,” he adds.

Just behind the banana paper workshop, Yamase built a museum where photographs depicting life in garbage dumps and documents explaining the process of banana paper production are on display. He wants visitors to think about the impact of garbage disposal as a global issue.

To provide children with more future opportunities, Yamase has opened a Japanese-language school and now has a dozen students.

While attending Pannasastra University, a private university in the Cambodian capital, Phnom Penh, where he studies management, Yamase also runs a share house in Siem Reap to offer these young Cambodians better access to jobs where they can use their Japanese-language skills.

He currently lives with three students, providing them with free accommodations.

“(In Cambodia), I’ve learned to tolerate different lifestyles, which has helped broaden my perspective and thus has given me an infinite amount of life choices,” Yamase said. “My experience has taught me to think outside the box, what’s needed to come up with ways to assist. I’ve been put to the test. I’ve been in a tight spot facing stark reality.

“People often associate Cambodia with land mines and poverty, but the country and its people have a lot more to offer,” he said. “I had not planned to live in Cambodia but got attached to it through bonds with the people I’ve met there. Now I’m enjoying my life and just want to do something about the reality I’m part of.” https://www.japantimes.co.jp/news/2019/01/15/national/social-issues/japanese-mans-initiative-allows-cambodians-see-future-beyond-dumps-scavenged/#.XD6xSFUzaaF 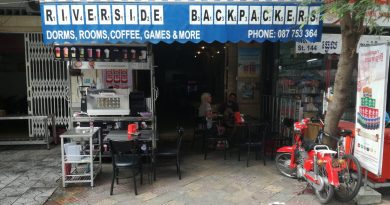 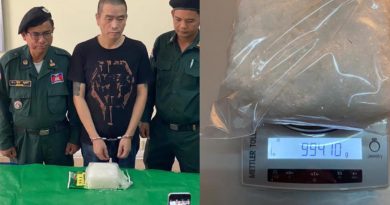 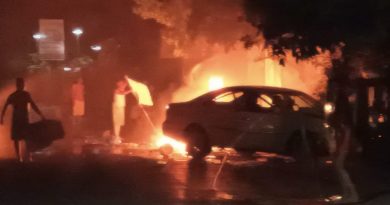