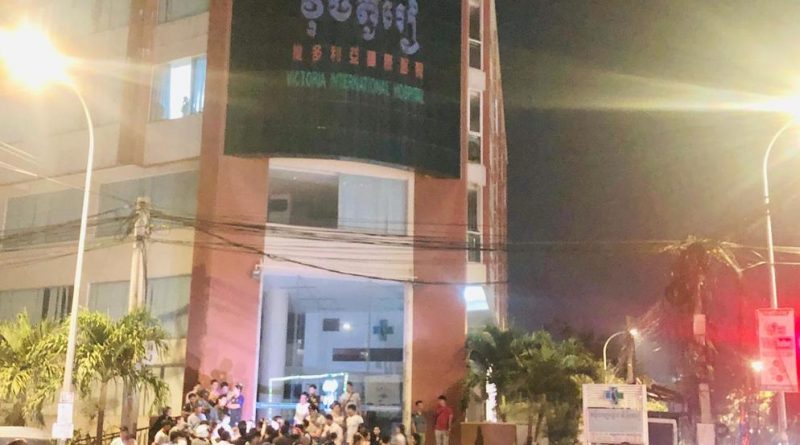 Phnom Penh: A patient was diagnosed with needing surgery, but was then locked inside the Victoria Clinic in Boeung Kak 2 commune, Toul Kork on the night of January 13, 2019.

According to the patient’s mother, her daughter was very sick, and was given a diagnosis by a doctor, said malady is unknown.

The hospital demanded $2,000 payment before the operation. The clinic then asked for an additional $600 plus a $56 consultancy fee, for which the family had to borrow. The patient was then not permitted to leave the hospital until the balance was paid.

The story shocked journalists and citizens alike, with the victims asking for an intervention. Only two policemen arrived and didn’t appear to be of much help.

The family and patient were held in a room for nearly two hours. Eventually, the patient and family were released and the mother wept whilst thanking journalists. She also asked the relevant authorities as well as the Ministry of Health to investigate the matter.

After the incident, the mother, patient, and family took the patient for further treatment at Kim Mealea Hospital and a professional medical practitioner and doctor informed the patient that the problem was mild, and that if surgery was required, it would only cost about $50 to $60.

One has to ask what is happening in the Victorian Hospital, where a patient can be, allegedly, coerced by a surgeon to spend thousands of dollars for a questionable procedure and then locked up?

No explanations have been given by the hospital yet, and TVFB News is still waiting for comment. 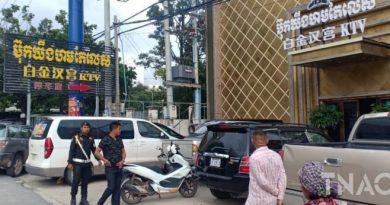 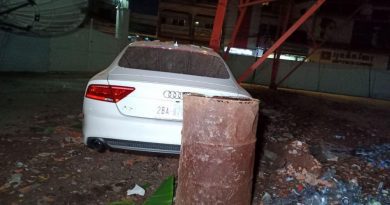 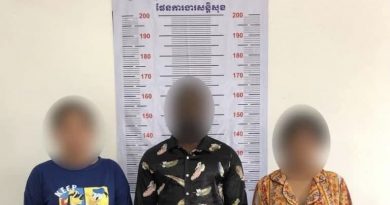