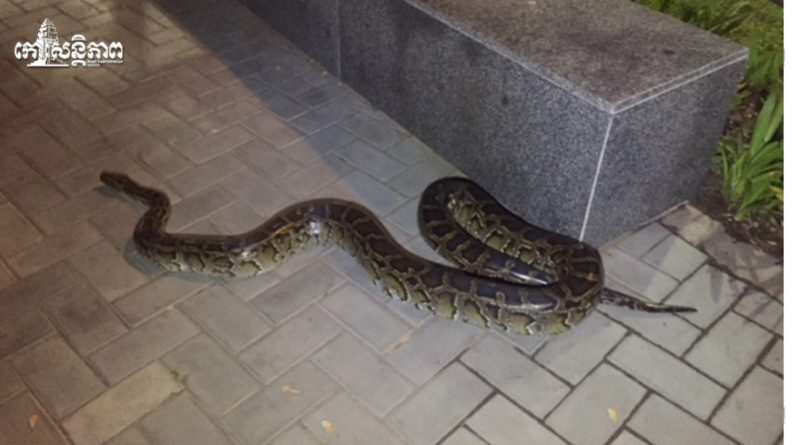 Phnom Penh: A Boeung Kak security guard found a snake weighing more than 30 kilograms after it fell out of a tree.

According to the security guard at the scene, before the incident, he was going about his work when he spotted the serpent, which was about 2 and half metres long, coming out of a tree near the road.

After the incident, security took the python to the police station, where it was given to wildlife conservation staff to be released. https://kohsantepheapdaily.com.kh/article/765512.html 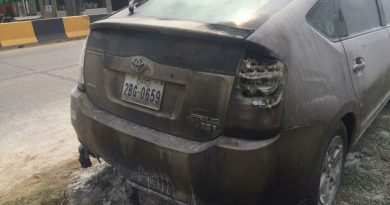 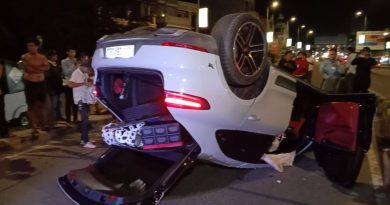