A cheeky, energetic child, he follows his dad around the family’s Middle Eastern restaurant in Phnom Penh like a little shadow.

After almost seven years apart, Mr Zalghanah has finally been reunited with his family in Cambodia after opting to relocate from Nauru in 2016 under the Australian Government’s $55 million deal to resettle refugees.

Mr Zalghanah said he made that decision based on a promise from the Government that he would be reunited with his family within four months.

Instead, it would be over two more years before he saw his family again.

The long road to Cambodia

Mr Zalghanah’s wife and four children touched down in Cambodia late last month — a heartfelt reunion that left them lost for words.

Hailing from the city of Daraa, which became the cradle of the Syrian revolution in 2011, Mr Zalghanah has vivid memories of car bombs and snipers atop mosques picking off his friends and neighbours.

The young family fled Syria to Lebanon, along with almost one million Syrian refugees.

PHOTO: Abdullah Zalghanah shares a joke with his wife after being reunited in Phnom Penh. (ABC News: Erin Handley)

Mr Zalghanah then left them behind as he sought to find a safe haven and build a new life for his children.

The timing is imprecise, but Mr Zalghanah said he left his family in early 2012 and embarked on a journey spanning Egypt, Malaysia and Indonesia.

Once in Indonesia, Mr Zalghanah boarded a perilous boat bound for Australia that was intercepted by authorities in mid-2013.

He spent more than three years in immigration detention camps on Christmas Island and Nauru.

He says his experience of detention was a harrowing one — he witnessed the immediate aftermath of the self-immolation of Iranian man Omid Masoumali.

Mr Zalghanah needed to be medicated just to be able to sleep at night.

Spending so many years away from his family has taken its toll.

Mr Zalghanah tears up when he describes how people in Lebanon would ask his youngest son repeatedly: Why don’t you have a father?

After the child arrived in Cambodia, he called his friends in Lebanon, excitedly sharing photos and videos, saying: “This is my father.”

‘Nothing short of cruel’

When four months and then two years passed without his family arriving in Phnom Penh, Mr Zalghanah grew desperate and considered going on a hunger strike.

“I come to this country because I need to meet with my family,” he said.

Evan Jones, from the Asia Pacific Refugee Rights Network based in Thailand, said protracted separation from family and loved ones can lead to “severe mental anguish” and can come with “a range of financial, social and psychological costs”.

“Australia is absolutely at least partially responsible for Abdullah’s prolonged separation from his family,” he said.

Of the seven refugees who took up the offer to relocate from Nauru to Cambodia, only three remain there — Mr Zalghanah, a fellow Syrian, and Rohingya refugee Mohammed Rashid.

The other four, three Iranians and a Burmese man, have used Cambodia as a springboard to return to their home countries.

Mr Zalghanah received $US10,000 ($14,000) from the Australian Government, which he put towards starting his restaurant and rebuilding his life in Cambodia.

He said the Australian Government paid for the tickets to bring his wife and children to Phnom Penh.

The deal allowing refugees to voluntarily relocate to Cambodia was a “failed attempt” by Australia to shift its responsibility to protect refugees onto other countries, Mr Evans said.

“Bypassing their responsibility to a country that struggles to even meet the needs of their own population such as Cambodia highlights a complete lack of ethical and moral leadership on behalf of the Australian Government,” he said.

“The ongoing policy of indefinite offshore detention for refugees can be considered nothing short of cruel.”

When asked why it took two years to resettle the family, the Department of Home Affairs said it would not comment on individual cases and that it was a matter for the Cambodian Government.

But a spokesperson added that Australia is working with groups on the ground to meet the needs of refugees resettling in Cambodia.

“This arrangement provided refugees with the support they need to integrate into the Cambodian community and build new lives,” the spokesperson said.

“Australia’s policies aim to provide safe and legal migration pathways to those in need and to discourage people from risking their lives by relying on people smugglers.”

While Cambodian officials, including Prime Minister Hun Sen, have indicated they are prepared to accept more refugees from Nauru, the Home Affairs office said that deal expired in September last year.

‘I still can’t believe it’

Far from his experiences in Nauru or the terror of war-torn Syria, Mr Zalghanah and his family are making up for lost time and adjusting to life in Cambodia.

“I was very happy and until this moment everything feels like a dream. I still can’t believe it,” Mr Zalghanah’s wife, Yasmin, said of them being back together again.

“[I want] a chance for our kids to get an education and learn, to become what they aspire to.”

The couple’s eldest daughter, aged 16, wants to open a beauty salon, while their younger girl, aged 14, wants to become a doctor.

Their sons, aged 12 and 11, have their sights set on careers as a lawyer and as an airline pilot respectively.

It will be another couple of months before the children start school.

In the meantime, they receive daily lessons in both Khmer and English provided by the International Organisation for Migration.

Their 12-year-old has taken quickly to the new language, rattling off numbers in Khmer.

The surreal experience of seeing his small children so grown up was “so difficult”, Mr Zalghanah said.

Glancing at her husband, Mrs Zalghanah confides that raising four children without him was a struggle.

“We almost lost hope of seeing you again,” she said.

“I hope we never get separated again.” 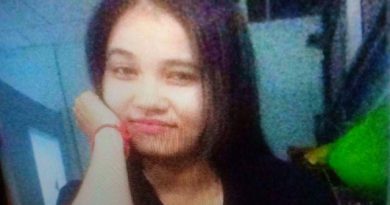 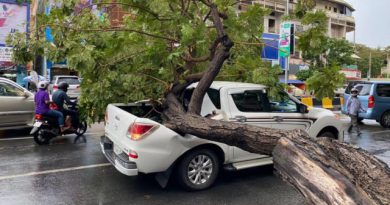 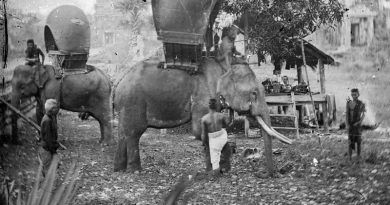