At 12.10 am on 27th December 2018, Mario Maehlmyer, a long term German expat was viciously assaulted by three foreign men in front of Drynk Bar in Siem Reap Town.

Mario spoke to CNE about the incident, his injuries and why he arranged for the release of two of his attackers from prison.

CNE: Hi Mario, first question is how are you doing now?

M: My leg doesn’t look good. Big blisters full of blood leaking outside the bandage. I’ve got 3 splintered teeth and one broken in half. The other half I already took out myself.

I found out my foot is broken in two places and really need a surgery with screws to fix it back.

CNE: The local media in Cambodia can be pretty vague with details, could you explain what actually happened to you?

M: Sure. I went into the Drynk Bar to say hello to two old friends with my wife and her 3 year old son. I don’t go out much, maybe only 1 time a month.

The three guys were drunk . I know two of them from seeing them around town and they know me in the same way. My wife had a relationship with the Slovakian guy, maybe that’s what caused the problem. The Indian guy I have never seen before.

I can defend myself pretty well, I used to be in the German military, but in this case I wasn’t lucky. I turned around and they attacked me.

I can’t remember a lot else. They started a fighting me, I fell backwards, twisted my leg and my hit head. When I woke up, 3 guys were punching me. and one started kicking my head. I blacked out, the woke up in hospital.

It was totally unprovoked, I was there with my family.

CNE: Brutal. Did they use weapons?

M: No, just hands and feet as far as I know. The police have a video, but I haven’t see it yet.

CNE: Did anyone try to help you?

M: No, You know Cambodians. Not interested in foreigner’s problems.

The owner of the Drynk bar didn’t call the police or ambulance. only from the Foxhead I got help in the form of calling the cops. I’ve known the owners of the bars for many years.

I lost my passport, atm card, some money, a phone i need for business. But now I just worry about my leg.

CNE: Another website has suggested you may have been attacked because of your business practices, is there any truth in this?

M: Absolutely not! I’m former director of a company selling huge incinerators for burning garbage. I work here in Siem Reap in the hospitality sector. We have worked with the government.

I studied IT-Engineering and am a former air force captain. I make real business here, to help make Cambodia a clean place.

CNE: Moving on to your attackers, you said you knew them?

No only 2 of them, the Indian guy I met first time. Like I say, I know them from seeing sometimes. They are hanging out in the bars since forever.

CNE: People contacted CNE after we published the story, saying they were well known as bullies in town. “Iced up pr*cks” was one description.

CNE: How have you found the police response?

M: So far they have been good. I’m confident the police will do a good job but it will take time.

CNE: Have you heard any talk of money to pay for their release or compensation to you?

M: Yes I need compensation. I cant work, I will lose my customer like Sokha etc. I lost documents, money, phone. they need to pay for that, that is what I was asking for. We made a contract at the police station about it.

For the material damage and my work it will be approx $7000, plus my medical treatment. When this is paid and done, then I’m fine. I think about it as a young boys fighting thing. I’m not angry about it. It happens. I was just not lucky this day.

But now I cant work and some important stuff is missing. maybe even the ambulance guys stole it, I don’t know. I like my life quiet. I have real business here. We are waiting for our UN project starting in 3 months. I need my damage repaired and my health recovered, that’s it.

I’m told two of the guys have paid some compensation, and that has covered some of the earlier cost, so hopefully can pay the clinic for the operation I need.

CNE: Do you want to see jail time for these guys, or live and let live?

M: Two are out on my behalf and one will be removed from Cambodia because he was now 3 times in jail, the Slovenien guy. The other two, I guess learned a lesson.

Actually, I was just sitting here with the Indian guy. He never did that before, even the police said so. I guess it was bad intelligence or he was too drunk.

I did file a complaint. but I know two of them are not the head of this evil. They will be nice people now, or they are going to the jail for a long time

I think everyone makes mistakes and earns a chance to show they can do better.

CNE: So what now?

M: I cant move. my leg has bloody blisters seeping out of my bandage. I’m more worried about the treatment as my atm card isn’t working anymore and my cash is gone.

I don’t know how long it takes until they need to pay but since I  cant go back to Germany to my bank for a new atm card, I’m running low with the horrible costs here of the so called clinics. They charged $20 for an x ray they didn’t show me, and no word about how it continues.

CNE: Well hopefully everything will work out better. Good luck Mario, and a speedy recovery. 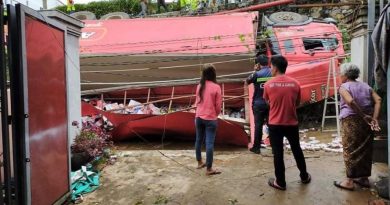 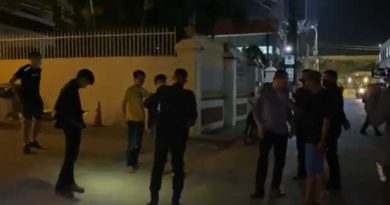 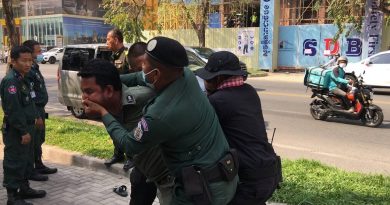