Phnom Penh: A group of more than 20 Chinese men scuffled with journalists after a Chinese woman driver hit a motorbike, causing minor injuries.

The RX-300 car was driven by a Chinese woman down the road in a north-south direction. The white-scooter came from the east. Witnesses say the car didn’t slow down to check for other traffic, causing the accident.

After crashing, the Chinese woman drove off, and was stopped by cops nearly 2 kilometers away on National Road No 3 near Borey Sok San.

The source added that the police arrested the Chinese woman who was driving and she taken to the police station for questioning.

Afterwards, more than 20 Chinese and Chinese translators turned up to try to settle the dispute and take the car.

Reporters also arrived and started to take photos, which proceeded to anger the Chinese. A journalist was reportedly cuffed about the ear and another had his phone taken from him.

Police managed to calm the situation between the groups, and the injured motorcyclist has claimed $1000 from the driver for repairs and injury compensation. 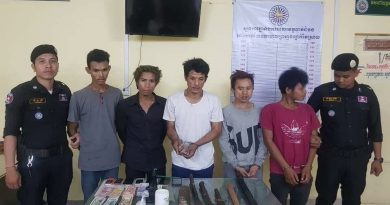 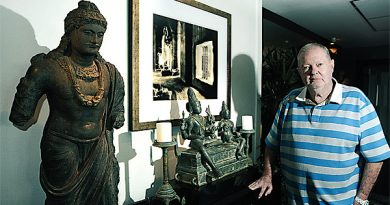