Sihanoukville: At about 6 pm on 25 December 2018, 4 Chinese were arrested by police on suspicion of kidnap.

Initially, there were reports that a Chinese man had jumped out of a villa in the village 5, Sangkat 4, Municipality.

The handcuff wasn’t wearing much clothing, and was seen running away (possibly still in handcuffs).

After receiving the news, criminal police and the city police force of Sangkat 4 went to the villa to investigate.

The four Chinese were in front of the villa and ran when they saw the cops. After a chase they were all captured and questioned.

When asked to pen up the villa, they calimed the man holding the only key had escaped. So, with the approval of the prosecutor of the Preah Sihanouk Provincial Court, the police force forced entry to conduct a search. As a result, the police force found some evidence involved in the case.

According to the investigation, the victim had borrowed money from the suspects to gamble in the casino, when no money was returned, the suspects was detained at the villa.

In this case, the Criminal Criminal Police Office is preparing a case for referral to the Preah Sihanouk Provincial Court for legal proceedings. 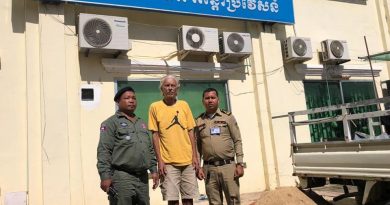 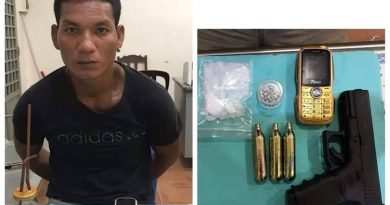