“According to the prediction, Cambodia’s economic growth is expected to grow 7.1 percent in 2019, comparable to the growth in 2018, pushing up the nation’s GDP (gross domestic product) to 27.2 billion U.S. dollars,” he told the parliament during a budget law debate recently.

The Southeast Asian country’s economy has mainly been driven by garment exports, construction and real estate, tourism and agriculture.

The industrial sector, mainly garment and construction, is predicted to grow by 10 percent in 2019, while the service sector, mainly tourism, transport, telecom, trade and real estate, is expected to increase by 7 percent, and agriculture are projected to rise by 1.8 percent.

“Overall, we can say that Cambodia will still be able to continue achieving the economic growth of around 7 percent per annum in the short-to-medium term,” the minister said.

Pornmoniroth said the uncertainty of the preferential tariff system provided to Cambodia by some trading partners could pose a downside risk to the growth.

“The uncertainty of the Generalized Scheme of Preferences on international trade granted by some partners is causing a new challenge that requires close attention,” he said.

The European Union (EU) announced in October that Cambodia could lose its special trade access to European markets under the Everything But Arms (EBA) preferential trade scheme after it conduct a six-month review of the country’s duty-free status.

The bloc cited concerns over labor rights, among others, in Cambodia.

EU is a major trading partner for Cambodia, especially for the textile and footwear sector. As a Least Developed Country, Cambodia has, for decades, enjoyed exports of all products, except arms and ammunition, to European markets with duty-free.

Ken Loo, secretary general of the Garment Manufacturers Association in Cambodia, said in a statement in October that over 46 percent of Cambodia’s total exports of apparel and footwear is to the EU.

The kingdom’s export to EU was valued at about 5.7 billion U.S. dollars in 2017, according to EU data.

Some 1,000 garment and footwear factories in the country directly employed around 700,000 workers with more than 85 percent being female, Ken Loo said, adding that every month, over 150 million U.S. dollars was paid out as salary to these workers.

He added that another 2 million out of the kingdom’s total population of 16 million economically depended on the sector.

“A temporary suspension of the EBA or any short-term unilateral sanctions may have long-term negative impacts on the lives of our workers and their families,” Ken Loo said.

Mey Kalyan, a senior advisor to the Supreme National Economic Council, said generally, the fundamentals of Cambodian economy are quite robust, and the government has so far conducted the right policy to advance the economic development.

“However, more efforts and innovative ideas are definitely necessary in order to transform our economic structure smoothly, to a more balanced, diversified, and inclusive one, and to respond to many complex situations in the changing world,” he told Xinhua.

“In particular, with the uncertainty of the global environment in combination with our open economy, we need to find ways to balance between achieving more growth and mitigating potential risks,” he said. “Depending solely on a few commodities and a few markets is not a good idea.”

Commenting on the uncertainty of the EBA trade preferences from the EU, Kalyan said if it happens, the withdrawal of EBA will surely have substantial impact on Cambodia’s economy, particularly in the country’s efforts to reduce poverty, which is still high.

“That is why, for medium-to-long terms, we need to diversify our economy, to a more balanced and inclusive structure,” he said.

Chheang Vannarith, vice chairman of the Cambodian Institute for Strategic Studies, said Cambodia’s economy will remain quite vibrant next year due to continuing robust growth in construction, tourism, and textile industry.

“There is still a window of opportunity for Cambodia and the EU to reach an agreement in order to keep preferential trade treatment under the EBA scheme for Cambodia,” he told Xinhua. 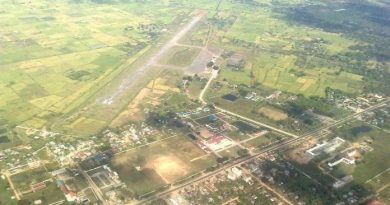 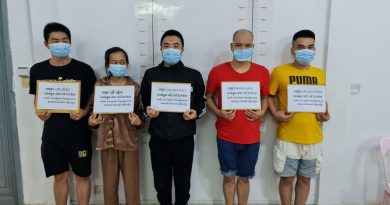 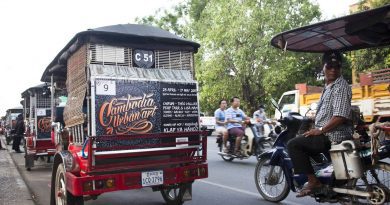