SAN FRANCISCO (AP) — In a rare step, the California Supreme Court has blocked Gov. Jerry Brown’s attempt to issue a pardon to a 37-year-old Cambodian refugee who killed a woman when he was 14 years old.

The court gave no reason for the rejection, but earlier noted it only had the authority to do so in the case of an “abuse of power.” Brown’s pardon would have effectively stopped Borey Ai’s deportation to Cambodia, a nation where his mother was born but he has never seen.

The governor in the last 10 months has pardoned seven ex-convicts who otherwise faced the threat of deportation to Cambodia, drawing the ire of President Donald Trump, whose administration has stepped up efforts to deport immigrants with criminal convictions.

It takes at least four votes of the seven justices to block pardons. The unsigned ruling Wednesday didn’t say how many justices voted to block the pardon. The governor is required to obtain the court’s approval for pardons and sentence commutations for twice-convicted felons.

A spokesman for the governor, Evan Westrup, didn’t respond to an email request for comment.

Ai was charged as an adult and convicted in Santa Clara County 1997 of second-degree murder and also of a separate robbery. He was sentenced to 25-years-to-life in prison.

He spent 19 years in prison before parole officials decided he had turned his life around. He walked out of San Quentin prison in November 2016 and into the custody of waiting federal immigration agents who are trying to deport him to Cambodia. After prison, he spent 18 months in federal detention but was freed in May after Cambodia refused to accept him — for now.

Prasad said the court didn’t provide an explanation to Ai or his legal team. Prasad said lawyers are “considering other legal avenues” to reverse the state Supreme Court’s decision. Prasad also said Ai is fighting his deportation in a federal appeals court.

Parole officials recommended a pardon for Ai in October and dozens of advocates turned in more than 36,000 signatures asking Brown to pardon Ai. Santa Clara County Deputy District Attorney Aaron West objected to the pardon, arguing that Ai has been free for only months and has no track record of being a benefit to the community. 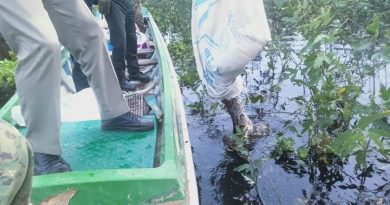 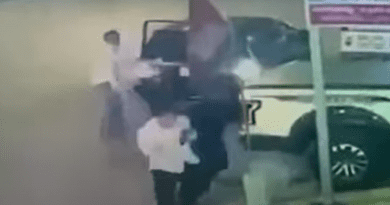 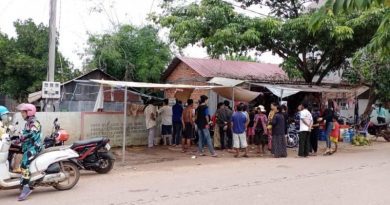