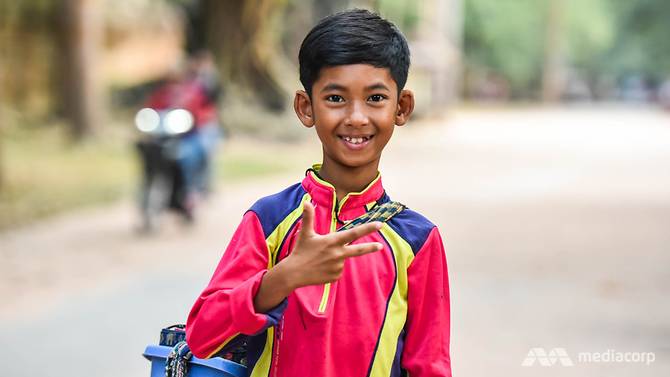 SIEM REAP, Cambodia: In the ancient temple complex of Angkor, it is not often a new attraction emerges. But from the country’s most revered site, a new sensation has arrived – a young boy named Thuch Salik.

Salik, a slight 14-year-old, has become an overnight online star after a Malaysian visitor to the temples posted a video on Facebook of her interaction with him where he speaks in ten different languages.

The post went viral throughout Cambodia and many parts of Asia, throwing the spotlight on a boy whose place in society would typically see him ignored.

Salik is one of many children who ply the entrance and exit gates to popular temples in the hope of selling simple souvenirs, such as fridge magnets and postcards, to tourists. It is not uncommon for the child sellers to have picked up a few key phrases of the languages of the most frequent visitors – from China, Korea and Europe.

But Salik has upped his game. He has turned the simple act of hawking into a linguistic challenge, surprising visitors with his abilities to converse in many foreign tongues.

His mostly self-taught skills are remarkable. Barely taking a breath, he rattles off counting one to ten in 16 different languages, including Russian, Tagalog, Japanese, Vietnamese, Italian, German and three dialects of Chinese.

“I started to sell when I was 11 years old and now I have been selling for three years already. I only knew one language at the beginning,” he said while discussing his sudden fame with Channel NewsAsia.

“I learned some English but then my mother sent me to sell at Bak Kheng mountain. There are more Chinese guests than others there and I learned to speak with them for my little business. If I see them now I will start to sing,” he said before bursting into an enthusiastic adaptation of a song by Chinese artist Da Zhuang.

“The Chinese tourists will say, ‘Wow, you can speak my language well too. You would be a superstar in my country’.” For English-speaking visitors, the strategy is similar, he said with a smile as he busted out a couple of cheeky verses of Ed Sheeran’s Shape of You.

The money he earns goes directly to this mother, who uses it to support Salik’s and his siblings’ education and the family’s daily needs. Their home is basic, just a few hundred metres from Ta Prohm, and the family has struggled with debt.

His mother Mann Vanna, who accompanies Salik and his younger brother Tithya to Ta Prohm every day to sell souvenirs, said she couldn’t believe it when she started to hear about her son’s growing fame.

“I felt very happy and excited and cannot find anything to compare this with,” she said.

“Even though I am his mother, I didn’t realise how smart my son is and that he knew more than 10 languages. I didn’t think that my son could absorb all this knowledge, his brain can remember so much and he can use these languages to sell stuff to support the family. I can hardly believe that and I feel shocked and surprised.”

She described her son as a kind soul, an enthusiastic learner and never one to complain about wearing old clothes, having to ride his bicycle long distances to school or not having enough food to eat.

Now, the life of this simple family has been transformed. They have been brought on expense-paid trips to be guests on local television programmes in the capital Phnom Penh.

Wealthy businessmen and charities have pledged thousands of dollars, donated new bicycles and toys, and promised to support Salik’s education until he finishes university. There is talk of the family being invited to visit Hong Kong.

But while this family has been the fortunate beneficiaries of the country’s affection and attention, they are just one among hundreds around the Angkor area. And right across Cambodia, children are used as tools to supplement family incomes, often at the expense of their education.

While Salik attends school each weekday, he also works several hours every afternoon. Sometimes, he has had to miss out on school activities when the family was short on money, his mother admits.

Many other children do not even get the chance to go to school.

UNICEF Cambodia estimates that 80,000 children in the country are not attending classes when they should be. The organisation says that child abuse and exploitation is comparatively high in the country, fuelled by poverty.

Children are also actively employed in risky industries, such as making bricks or salt mining.

Giving money to children at tourist sites or on the streets can make the situation worse, according to Bruce Grant, UNICEF Cambodia’s Chief of Child Protection.

“Our advice is you don’t give money and you don’t buy from children. I know it’s hard but that’s the right thing to do,” he said, suggesting that visitors should look to only buy from adults, give children pens or books, or seek out vetted social organisations that can properly assist kids in need.

“In Cambodia, there are thousands of children on the streets. Many of them are forced to beg. Their job is to be happy and smiling for the tourists. They target tourists. Tourists feel sad for them and they give them money, but that money doesn’t go to the child, it goes to the handler or the broker for the child.”

UNICEF recommends tourists do research online about the best ways to interact with children in Cambodia and elsewhere. Grant explained that the more a child earns, the more likely it is that they will continue to be forced to work.

“All you’re really doing is enslaving that child.”

Nonetheless, Salik’s days as a temple seller could now be over. With improved financial security, he is committed to further improving his language skills and general education.

“I might not allow Salik to sell again,” his mother said. “If he is free, he can help me. If he does not have time, I will push him to focus on his study more because I want my son be educated because I am uneducated.”

For now, he is proving to be quite the drawcard around the dusty gates of Ta Prohm. In mid conversation with Channel NewsAsia, while sitting under a tree near the temple entrance, he was spotted by a Chinese couple who rushed to meet him, take selfies and test his speaking abilities.

They passed him US$5 and selected a small embroidered bag to take as a souvenir of meeting a boy that one week ago they might have tried to brush off.

“I feel very excited, excited, excited! I never expected that I would become a famous star like this. Even while I’m having lunch, everyone asks to take a picture with me,” Salik said.

His dream is to become a tour guide when he finishes school, an aspiration close to his home and his heart, so he can explore ruins and travel to new countries.

He has that chance now when, sadly, most of the other children around him will not. 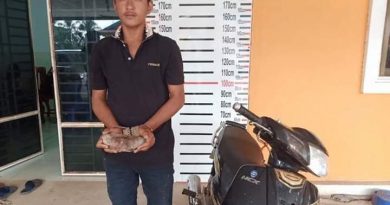 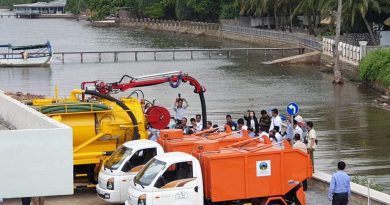 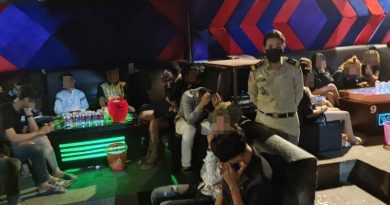