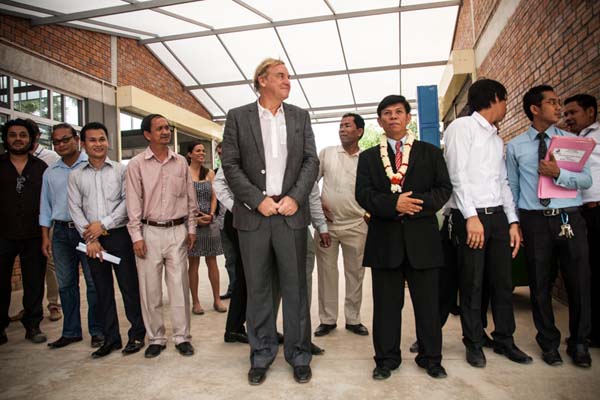 [SIEM REAP] Boring is best when it comes to business – or so says Piet Holten, a Dutch entrepreneur who credits “normal” working conditions for helping to grow his textile factory in Cambodia.

The Southeast Asian nation is a hub for textile factories supplying global brands, but the sector is plagued by problems of exploitation and abuse.

Mr Holten said his staff get benefits such as childcare and work in environmentally-friendly buildings – utterly normal in many countries; equally rare in Cambodia.

“I don’t believe what we are doing is exceptional, just the norm,” said Mr Holten at his factory in Siem Reap, Cambodia’s top tourist destination and home to the famed Angkor Wat temples.

He is president of Pactics Group Ltd, a Hong Kong-registered company that had a turnover of US$7 million last year, making products for the eye-wear giant Luxottica, which supplies brands such as Ray-Ban, Oakley and Versace

He employs mostly women in a female-dominated sector that is known for cheap labour and lax laws.

“Some of the things we do here are just following the laws,” he said, citing maternity leave and daycare, which any factory with more than 100 employees is supposed to provide.

The strategy has succeeded so far.

He started small – in a shophouse in 2014 with a handful of employees – and put profits into expanding the business.

A second factory he opened in 2016 in the capital, Phnom Penh, employs more than 100 people, with plans to hire more as it expands into the North American market.

The Phnom Penh factory makes T-shirts and – like all garment manufacturers in Cambodia – must pay a minimum wage, which will be increased from US$170 a month to US$182 in January.

As the Pactics facility in Siem Reap does not make clothing, it is exempt from the minimum wage. Instead, Holten said workers are paid a base rate of US$146 per month, plus a piece rate.

That is where the Siem Reap factory falls short of otherwise being a “good model”, according to Khun Tharo, a workers’ rights advocate with the Phnom Penh-based Center for Alliance of Labor and Human Rights.

“I would argue that they should still implement the minimum wage,” he said.

Khun Tharo said wages had more than doubled since 2013, when garment workers made $80 a month – but the cost of living had risen too.

“Workers are not able to save money for their families and have decent living wages,” he told the Thomson Reuters Foundation. “Many workers are still in debt, while the suppliers of brands make so much.”

Mr Holten said it would be difficult to increase wages at the Siem Reap factory, because the profit margins were so slim on eye-wear accessories.

“Our average sales price for a product is 15 cents,” he said. “This is quite different from garments.”

Money aside, he said the factory offered a host of benefits – a subsidised and healthy lunch, free daycare for infants up to 16 months, as well as subsidised care until age five, health insurance, and free medicines for minor ailments.

Holten called them “benefits that most garment workers don’t enjoy”.

Textile workers in Cambodia often face “discriminatory and exploitative labour conditions,” according to a 2015 report by Human Rights Watch.

The New York-based rights group uncovered cases of workers being fired if they became pregnant, lodged complaints with managers, or requested time off for medical treatment.

Some factories forced workers to perform overtime above the legal limit of 12 hours a week under threat of being fired, the researchers found.

None of that is news to Chheng Sitha, who worked in a factory in Phnom Penh for four years.

“When something went wrong, the boss would yell and swear at employees,” said Chheng Sitha, who now operates a sewing machine at Pactics in Siem Reap.

“Even if I was sick, I had to work,” she recalled of her former job, adding that lighting was poor and temperatures were often uncomfortably high in the tin-roofed building.

By comparision, Mr Holten said his factory was built to maximise natural light and airflow.

More pleasant for workers, the ‘green’ setup also saves him money with less need to run lights and air conditioners.

“What we try to do is create an environment with a lot of daylight,” he said, pointing out trees that cool air by soaking up humidity, and a pond collecting rainwater to flush toilets.

Safety is also key, Mr Holten said, so he has a well-stocked first aid room and a permanent nurse on staff, as well as subsidising quality helmets for workers who ride motorcycles.

Cambodia’s roads are notorious, and Khun Tharo, the rights activist, said accidents on the way to and from work are the most common cause of injury and death for textile workers.

On the outskirts of Phnom Penh in the morning and evenings, it is common to see workers packed into the back of open-air trucks without seatbelts, many of them standing. 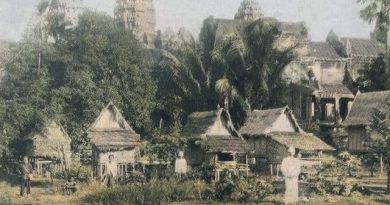 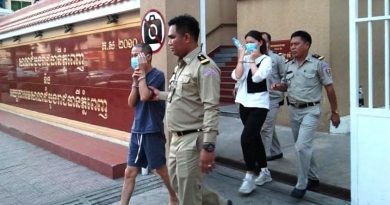 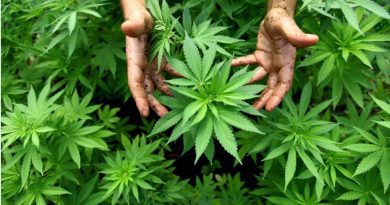