It was a tale of two halves as Singapore came away with a 2-1 come-from-behind victory over Cambodia at the Phnom Penh Olympic Stadium on Tuesday night.

A first-half own goal from Ho Wai Loon gave the hosts the lead before 18-year-old Jacob Mahler and Ikhsan Fandi found the back of the net in the second period to ensure Fandi Ahmad’s unbeaten record remained intact.

Singapore could have got off to a flying start after two minutes when Zulfahmi Arifin’s corner kick found Safuwan Baharudin who headed wide.

Faris Ramli was next to get into the action three minutes later after robbing Saret Krya off the ball and gliding through on goal, only to be taken down outside the box.

The Angkor Warriors slowly found their groove and began to push forward. Their efforts were rewarded in the 17th minute when they took the lead.

Sath Rosib’s run down the left saw him send in a wicked cross that missed Chhin Chhoeun but caught Ho out as the ball cannoned off him and went past Hassan Sunny in goal.

The Lions’ cage was rattled and the Cambodians sensed blood as they pressed forward in numbers with a high-pressing style.

Fandi knew his side were being dominated and made a tactical switch by moving Ho into central midfield alongside Izzdin Shafiq, while Zulfahmi took up the left-back role.

Singapore’s best goalscoring opportunities for the rest of the half came from set-pieces but their efforts came to naught against a resolute wall of Cambodian defenders.

Cambodia had another good chance to double their lead on 35 minutes when Chheoun, who was causing all sorts of problems, sent in a cross that was cleared into the path of Cheary Chantha Bin but the latter skewed his shot wide.

There was another scare right on the stroke of half-time when Chheoun played a cheeky cut-back into the path of Kouch Dani who smashed his shot into the side-netting.

Singapore brought on Adam Swandi and Mahler in place of Yasir Hanapi and Ho for the second half, looking to seize the initiative back from the hosts.

Mahler almost made a name for himself in the 50th minute when he drilled a shot from outside the box just wide, in what was only his second cap for the Lions.

Cambodia did not sit back and two minutes later, captain Souey Visal lashed a shot just past Hassan’s post.

Both teams were having a good go at it and the action went from one end to the other at a frenetic pace.

The partisan full-house crowd at the Olympic Stadium raised the decibels in the 57th minute when golden boy Chan Vathanaka came on for Chheoun and went into the right-wing role.

Singapore continued to probe with Faris playing the number 10 role with Iqbal Hussain and Adam on either side.

Mahler wrote his name into history when a free-kick on 60 minutes from Zulfahmi bounced off him before he swiped it beyond the reach of goalkeeper Um Vichet to make it one apiece.

Ikhsan almost doubled the lead immediately when he ran past two defenders, only to see his low shot go agonisingly wide.

The young striker then became the hero with 16 minutes left when his tenacity won him the battle against Visal, before slotting the ball past a stunned Vichet.

Substitutes Khairul Amri and Faris teamed up well in the 83rd minute as the former played in the PKNS FC winger who found stopper Vichet in fine form to deny Singapore a third goal.

Cambodia had a glorious chance with two minutes left on the clock but captain Visal failed to keep his far-post shot on target.

The referee called a halt to proceedings after four minutes of injury time to cap off a hard-earned victory for the Lions in Phnom Penh.

Both teams will now continue their final preparations for the 2018 AFF Suzuki Cup with Singapore kicking off their campaign against Indonesia on November 9, while Keisuke Honda’s team take on Malaysia a day earlier. 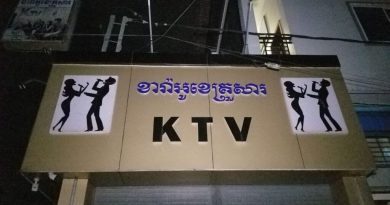 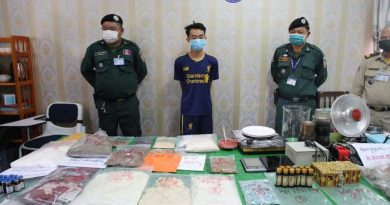 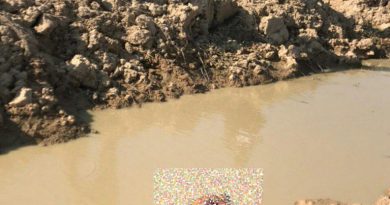