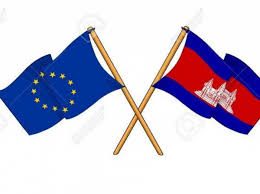 The European Union (EU) announced on October 5 that it will be looking to withdraw Cambodia’s special trade access to the bloc and said that it was considering similar trade sanctions against Myanmar as a result of deteriorating human rights in both countries. The move against Cambodia was highlighted as a major risk to our already-below consensus view on the country’s economic and political outlook. The decision came after the EU warned Cambodia in July that it could lose its preferential tariff treatment if it did not reinstate the main opposition Cambodia National Rescue Party (CNRP) after the party was dissolved in November 2017 ahead of the elections held on July 29. On the back of the announcement, the EU had launched a six-month review of Cambodia’s duty-free access to the bloc and the country would lose its ‘Everything but Arms’ (EBA) status if it did not address the EU’s concerns in time. We are keeping our real GDP growth forecasts at 6.0% in 2019 and 5.7% in 2020 for now, but would look to lower these figures if Cambodia loses its preferential trade access in the coming quarters.

A statement from EU’s trade chief Cecilia Malmstrom, following a meeting with EU trade ministers, noted that ‘we have to act when there are severe violations’. Malmstrom added that she had told Cambodia that the bloc had launched a six-month review of its duty-free access to the EU, meaning Cambodian sugar, garments and other exports could face tariffs within 12 months under EU rules. The EBA status, which allows the world’s poorest countries to sell any goods tariff-free into the EU, except weapons, is now under serious threat in the absence of ‘clear and demonstrable improvements’.

EU Not Giving Up On Cambodian Democracy

Given the efforts by European countries that have gone into developing Cambodia’s economy and its democracy since the civil war (1968 – 1975) and the subsequent autocratic Khmer Rouge regime (1975-1979), the continent seems unwilling to tolerate what is increasingly been dubbed as ‘the death of democracy’ in the country. The EU represents an outsized share of Cambodia’s export earnings, accounting for roughly one-third of the total, making it Cambodia’s biggest export market ahead of the US. For the sectors currently benefitting from the EBA programme, the EU’s share is even greater. Given Cambodia’s huge economic dependence on the EU export market, we believe that the bloc is hoping that this will put pressure on Prime Minister Hun Sen to roll back some of the government’s more draconian policies towards its political opposition.

That said, PM Hun Sen, not one to be seen to back down to threats from the West and emboldened by the largesse it receives from its closest ally and main benefactor China, has taken a defiant stance following the EU’s announcement. During a speech to students in Tokyo shared on his Facebook, the leader stated that ‘no matter what measures they want to take against Cambodia, in whatever way, Cambodia must be strong in its defense of its sovereignty’.

We previously argued that Hun Sen was managing to navigate the risks posed by his authoritarian rule but it appears that his past efforts were insufficient. In our view, part of the motive for the government’s decision to pardon 14 opponents of the government in August, and opposition leader Kem Sokha in September, was likely to balance domestic and external risks and rewards. The move was likely a calculated decision to assuage Western critics, who have grown increasingly critical of the leader’s human rights abuses and shift to one-party rule (see ‘Cambodia To Strike A Delicate Balance With The International Community’, August 23).

However, the latest action by the EU could force Hun Sen to concede some more ground in a bid to not upset crucial EU-Cambodia trade relations. Hun Sen is keenly aware of the importance of keeping the country’s major export markets intact, particularly as rapid economic growth is becoming a key driver of the Cambodian People Party’s (CPP) legitimacy. The key question is whether Hun Sen would be forced to offer greater concessions such as reinstating the opposition CNRP, which has been dissolved by the Supreme Court in November 2017 to give himself a free run in the July elections and/or pardon another prominent opposition leader, Sam Rainsy, who is living in exile.

Economic Impact Could Be Significantly Negative

If the EU moves ahead with the withdrawal of Cambodia’s EBA status after the six-month review, this would put significant downside pressure on real GDP growth. Furthermore, there is a possibility that the US may follow suit and also remove Cambodia’s preferential trade access to the country.

There is little doubt that the garment industry, with its estimated 700,000 workforce and thin profit margins, will be the hardest hit. Indeed, Cambodia’s Ministry of Foreign Affairs said that ‘The Cambodian government can only take this decision as an extreme injustice when the EU blatantly disregards the considerable progress made by the country, despite its recent tragic past’. It also added that ‘by implementing these withdrawal measures, the European Commission risks negating twenty years’ worth of development efforts’. 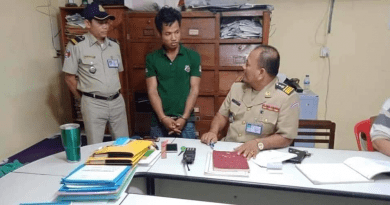 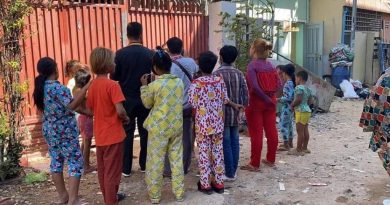 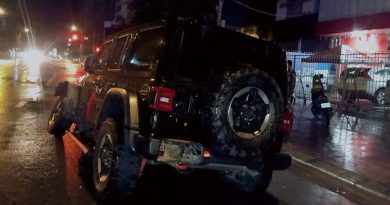