Cambodia imported about $15 billion worth of gold during five years from Singapore, according to government statistics compiled by nongovernmental organization Mother Nature Cambodia — a figure so large, corruption monitor groups say it raises alarms about potential financial crimes, particularly smuggling.

Cambodian officials dismiss the accusation, saying much of the gold is simply transiting the country on its way elsewhere.

The amount of imported gold — 407 tons — eclipses corresponding Singaporean export figures for the same commodity to all other countries during the same period, including several with larger economies than Cambodia, such as China, the data shows.

It is also $12 billion more than the value of all of Cambodia’s other imports from Singapore during the same period, said the monitor group based on publicly available records from the Ministry of Commerce, which do not break down specific goods or commodities.

“… In my interpretation of the documents, there’s ample proof that these imports of gold are not being recorded. That in itself is wrongdoing if not an illegal act,” he said Wednesday.

He added that in the past, when large export-import discrepancies had been found in cases connected to illegal logging and sand dredging, the Cambodian government had blamed accounting inaccuracies.

“Yes, there will be some discrepancies, but of course that’s not going to explain how you have a discrepancy worth more than the budget of the entire state of Cambodia several times over,” he said.

“This is why we all need an explanation from relevant Cambodian agencies, especially the General Department of Customs and Excise and the National Bank of Cambodia,” he said in the video.

Neither of those institutions have replied to VOA’s inquiries on the matter.

Cambodia’s state gold reserves have not risen in at least 18 years, according to the World Gold Council. Cambodian government spokesman Phay Siphan said he was not aware of an investigation by Cambodian authorities.

“That’s an allegation only. It’s baseless,” he said.

Ministry of Commerce spokesman Seng Thai said some products were imported into Cambodia purely for the purposes of export and thus may not appear on import records.

“There are many products that are imported into Cambodia and we cannot judge that, we have to look at where it is going out to. It is not a correct evaluation,” he said.

However, the export destination may be precisely the problem, corruption experts told VOA.

George McLeod, a Thailand-based political risk consultant who has investigated the gold trade in Cambodia, said trade exploiting Cambodia’s lax regulations in the smuggling of gold sourced from Singapore to tightly controlled Vietnam had thrived for decades.

If one generously assumed half the amount of imported gold reported by Mother Nature was staying in Cambodia, it indicated a “potentially huge smuggling operation going on,” he said.

“Singapore has a totally free market with gold. In fact, you can buy gold bullion there for pretty much the spot market price and then export it unlimited, you can export a billion dollars of gold from Singapore without even questions asked.”

Gold has been imported into Cambodia essentially tax free other than small transaction fees required by the national bank, McLeod added.

From there, McLeod said, it was often smuggled over land to Vietnam where the importation of gold is restricted to a central authority and subject to tax — resulting in profit margins of at least seven or eight percent, he said.

Businessmen in Vietnam’s rapidly growing economy were desperately trying convert their revenues from Vietnamese Dong, which was not a respected international currency, McLeod added.

“If you look at it in that context, it makes sense that there would be a huge amount of illicit gold going into Vietnam,” he said.

Compared to the other illegal activities taking place in Cambodia, he stressed, “this is probably one of the more benign ones.”

TI’s Cambodia executive director, Preap Kol, told VOA via email that considering the size of the Cambodian economy, the figure should raise alarms with authorities in Singapore, Cambodia and other countries.

“With fundamental loopholes and scale of corruption in Cambodia, there are reasons for legitimate concerns. We urge the concerned authorities to investigate diligently,” he wrote.

The offices of Vincent Leong, director of finance at Singapore’s Ministry of Trade and Industry, and Foreign Affairs Minister Vivian Balakrishnan did not respond to VOA inquiries.

This is not the first time that Mother Nature Cambodia has used Singaporean trade statistics to raise questions about the financial practices of the Cambodian government.

It revealed in 2016 that Singapore had registered $700 million worth of sand imports from Cambodia between 2007 to 2015, while Cambodia’s customs agency had recorded zero. 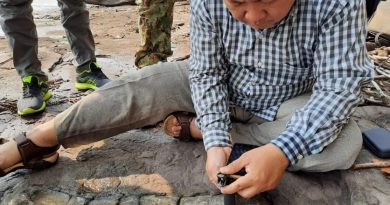 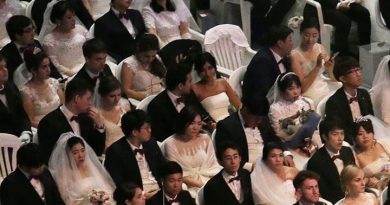