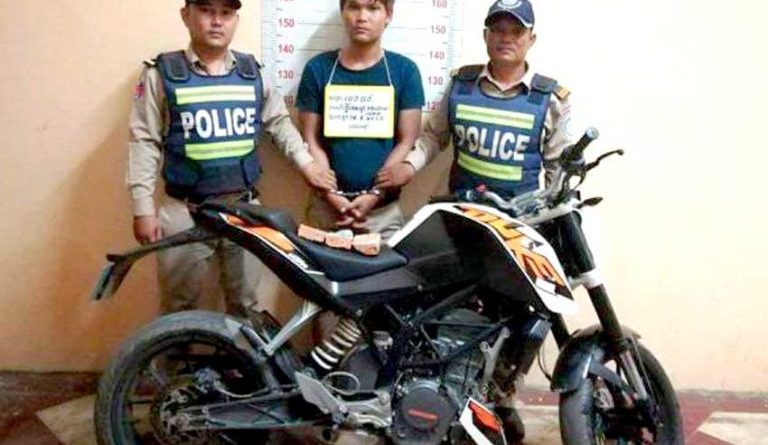 Kandal province: A  young man went crazy after taking drugs and went on the rampage, damaging property and a car.

The first victim, named Khim Sopha, a 34-year-old male from a Ministry of Planning and Investment, had various display cabinets and stock smashed up at his business.

. The second victim, Soeun Seng Ly, 40,  had his Ford Ranger smashed up with bricks.

The suspect was identified as Chhun Theara, a 25-year-old. Taken as evidence were a DUKE motorbike and bricks.

According to the source, before the incident, the first victim was selling at home, when the suspect rode up on the motorcycle. The suspect started to destroy the property of the victim. He then walked out to the road where the second victim’s car was. The suspect then got smashy with that, causing more damages.

After that, the authorities intervened to detain the perpetrator, and handed him over to the Takhmao police inspector to proceed with the proceedings. 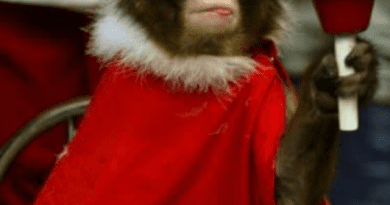 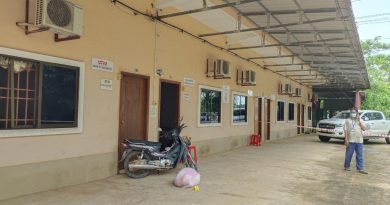 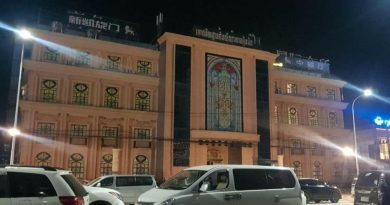