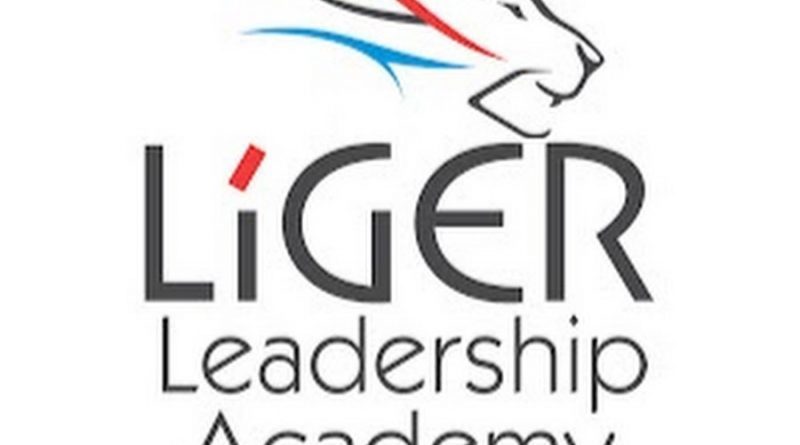 A Girl From Cambodia Visited Google HQ. This Is The Question She Asked. 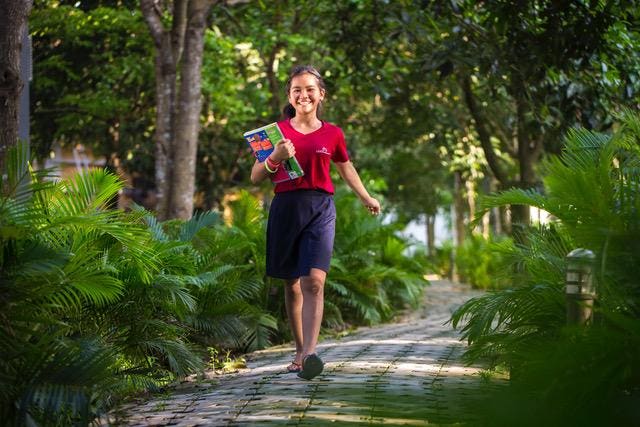 There were bridges to the world: She played a game on her father’s phone, in which the words “San Francisco” popped up next a photograph of the city. But she thought San Francisco was an English vocabulary word for a certain kind of city, a fancy one.

When she was 10, she was lucky enough to be one of 110 students chosen from among thousands countrywide to attend the Liger Leadership Academy. Liger was founded in 2012 by an American financier who fell in love with Cambodia and saw it as a good place to start a ground-breaking school.

“The Victorian model of education needs NOT to be reformed, it needs to be replaced and no matter who it is driving that revolution, I’m growing more convinced with each passing day that it’s critical,” said Trevor Gile, who with his wife, Agnieszka Tynkiewicz-Gile, has spent about $14 million over a decade to bring Liger to life.

Liger is loosely part of the global entrepreneurship movement, which is an idea, driven mostly by Western investors but rapidly adopted in emerging markets, that Silicon Valley-style entrepreneurship can create jobs, help build investment infrastructure to funnel money to emerging markets, and spark innovation (and eventually returns). Part and parcel of the movement are a certain set of values: that change is rapid and we need to keep up, that acknowledgement of failure is key, and that innovation, especially in technology, can make people’s lives better.

Global entrepreneurship has reached the Holy Grail of movements : It’s inspirational and transforms individual lives, for very little money, in ways that scale. It started among young people in their 20s, but it’s beginning to cross-pollinate education reform, too, which is what I was interested in at Liger.

There are obvious dangers to exporting Silicon Valley’s mindset, especially to very young people. In the United States, Silicon Valley’s business models rewarded a few people too much on the backs of people who deserved much better. Whether emerging entrepreneurs and leaders will be wise enough to take a different path in developing countries remains to be seen, though it seems inevitable that the mindset will be adapted in new places.

Gile, who founded Liger, made a fortune in futures trading – his company is Liger Investments Ltd. — aims to produce community-minded leaders. Socheata was chosen from her island in part because at the age of 10, she was working on the question of how to shield the island from lightning strikes. “I had a plan for planting trees,” which she shared with the admission test administrators.

With a long interest in education, one shared by many entrepreneurs, Gile decided to try to build a model in Cambodia for students ages 10 – 18 that could be replicated elsewhere. Cambodia is obviously a convenient place to try an educational experiment, because it doesn’t have the regulations that hamper innovation in the United States. There’s also a great need: The educated class was targeted in the genocide.

“From the very beginning I’ve put a huge emphasis on having a culture where there is no stigma for being wrong and no stigma for failure and a sense of pride for admitting to it quickly,” Gile said.

Last October, Socheata and I were sitting outside her dorm, in the Phnom Penh suburbs. The two-story modern building lay under a dense canopy of green; the air was warm but not oppressive. There were probably some snakes (cobras!) around, but I was pretending not to think about them. Knowing I was a Western journalist and write about technology sometimes, Socheata asked me a perceptive question: “How does Google make money?”

Back on the island, Socheata’s father worked for the local government, and she attended the state school, where curriculum is based on memorization. At Liger, she’s encouraged to ask questions, especially the tough and critical ones.

At Liger, Socheata had gotten involved in a program called Technovation. She won a prize for budding entrepreneurs for a project selling Cambodian handicrafts online, and was  invited to San Francisco and the Google headquarters, which is where she realized how much money Google makes, which in turn caused her to wonder about its business model.

“If you can’t tell what product a company has,” I told her, giving her the old saw: “the product is probably you.”

At Liger, where every student attends on a full scholarship, the curriculum is based on projects in addition to some traditional coursework, so that students are assigned projects of varying length to work on in teams. The projects could be anything from creating a tourism operation – we traveled on bikes with student guides on a city tour of Phnom Penh – to scuba diving as part of a research operation on the coast, to publishing a book about the economy of Cambodia (Liger students created one so good that it was adopted to use in the state school system). The older students cook their own meals and manage their own dorms and when we visited were developing a virtual currency to use among the students.

Despite the size and breadth of the global entrepreneurship movement, it draws relatively little mainstream attention. Government funders and development experts rarely mention it and when they do, tend to see it as merely glamorous and don’t understand its soft power. It gets confused with traditional forms of entrepreneurship support, like micro-finance programs that help women set up market business, and there is some crossover. But the infusion of outside capital and the sense of being part of a large community are key to the tech-driven driven movement.

I’ve been in crowds of 25,000 in Cairo, listening rapt to lessons about seed funding and A-rounds; one organization, Endeavor, reports that 1.2 million jobs have been created by the high-growth entrepreneurs it works with worldwide. Worldwide, $140 billion was invested in startups in 2017, and the value of the startup economy reached $2.3 trillion—a 25.6% increase from the 2014 to 2016 period, according to the Startup Genome report.

I don’t know if Socheata will grow up to start a company, but that her profession or business will be tech-enabled is a given; and that it will be informed by the ideas of the tech world, speed, innovation, iteration, is at this point a near-certainty, too. When I visited with other journalists, including Ron Claiborne of Good Morning America and Amanda Sperber, who freelances from Kenya, to give panels on our profession to Liger students, they asked us questions that probed our ethics.

“What do you do when your boss at work tells you to write a story you don’t think is right?” one student asked – a shockingly adult question with even more meaning in a country that experienced genocide in living memory. That kind of critical thinking, especially directed toward questions of right and wrong, can be part of entrepreneurial culture at its best – and I have seen many more examples of it in emerging markets, versus Silicon Valley.

“If you build a reputation for being the first to admit when you’ve made a mistake, you have vastly more credibility when you believe you’re right and choose to stick to your guns,” Gile said by email.

Teaching young people to think critically and act quickly may spur economic growth. That’s one of the reasons that Saudi Arabia is investing in entrepreneurship, planning a $500B tech city, that Brazil has a thriving entrepreneurship scene, that entrepreneurs in China and Israel are forming alliances to help boost communities in both countries, and that Liger is thriving in Cambodia, with support from the education ministry. The difference between 3% and 7% growth in an emerging market is the difference between a good life and hell. I’ve come across other education programs and schools, like Dent Education in Baltimore, that are adopting entrepreneurial concepts like design thinking to the education sector, and with more attention in general being paid to education reform in general by the likes of the Gates Foundation and the Dubai-based Abdulla Al Ghurair Foundation for Education, more links between entrepreneurship and education seem likely.

One of the secrets to the success of the global entrepreneurship movement is that it is private-sector driven. The World Bank’s IFC invests in venture capital funds and has begun investing in accelerators, but huge government pots of cash for entrepreneurship are rare; rather, the funding is mostly coming from investors. Some are looking for the new innovations and a chance to shape a more equal world.

“Hence solutions are more similar, say, among Brazil, Indonesia, Egypt than with Silicon Valley. The need and reliance upon traditional “western” tech solutions is much less, as the world innovates on its own terms.”

He says that many in the West are missing the ramifications of the inter-related combination of rising middle classes and near universal access to technology around the globe.

Others see the power of entrepreneurship to reshape societies as the movement reshapes lives. I met Seth Levine, one of the partners of Boulder-based Foundry Group, when I was working in Israel/Palestine. He was serving as a mentor for a Ramallah-based company that he’d invested in, Mashvisor.

“Part of my motivation to help entrepreneurs working in non-traditional markets is because I believe that by doing so I’m helping people positively impact their communities, cities, towns, countries and regions,” he said. “Done thoughtfully … entrepreneurship can bring jobs, investment, currency and purpose to communities around the world. This isn’t wishful thinking – we’re already seeing this in places like Palestine where several companies have launched, been funded and are growing nicely.”

A few miles from where Socheata and I were sitting that day, Chinese investors’ money was raising buildings in Phnom Penh. The Cambodian government had just closed down a newspaper and was moving toward authoritarianism. One the ride over, I’d asked a school administrator why they sought most of their donations from Americans: “Americans are donors,” he said. “Chinese are investors.”

Nearly a year later, American power has faded in Cambodia; Chinese power has risen. But the real power lies with the school and the movement: Socheata will grow up knowing it is possible to change, that an idea can turn into something real, and that San Francisco, well, exists. She thought the food there was overpriced and the highways were huge.

“I thought Americans must get lost a lot,” she said.

That, I told her, is fundamentally true.

We talked about advertising in the 21st century then. I don’t know what she’ll grow up to be, but I’d guess it will be something pretty amazing. 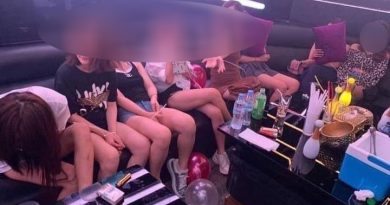 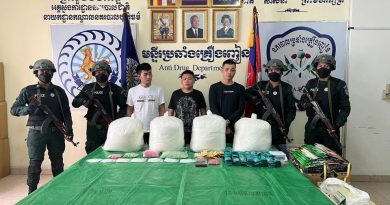 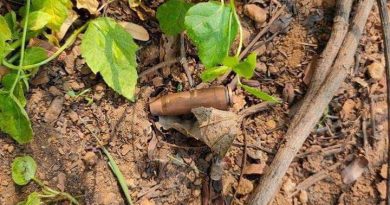