The military official confirmed that the  car had illegally transported goods from Stung Treng through into Kratie province, heading for the Viet border.

Forestry Administration official said that the current evidence is kept to measure for the law to be implemented according to forestry administrative procedures. 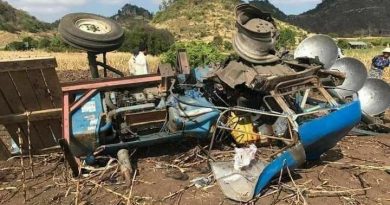